WHY DONALD TRUMP'S TEMPERAMENT IS A PLUS FOR AMERICA 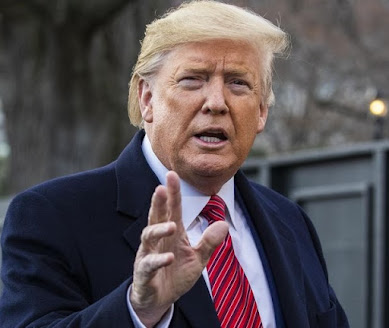 Donald Trump was not my first choice for president. He wasn’t even my second choice. In fact, when the 2016 presidential campaign began, he was far down the list. Ted Cruz, Scott Walker, Ben Carson, Mike Huckabee, and Carly Fiorina were all ahead of Trump on my list of candidates.

Like many others I was concerned about Trump’s temperament. He seemed overly brash, bombastic, and rude. I didn’t like how he labeled people, even his fellow Republicans, with derogatory names like “Little Marco,” Lying Ted,” “Low Energy Jeb,” etc.

With the advantage of hindsight, however, I now see that the temperament of a combative, New York businessman is just what was needed. With political perversion and corruption so deeply imbedded in Washington, D.C., a businessman from Queens, who had spent years battling corrupt NY politicians, the mafia, and other competitive business-people, is exactly what was needed at this time in history. A “nice” person would never do.

In Scripture, the people whom God used were not always “nice.” John the Baptist was rough and uncouth in both his appearance and his mannerisms. He used harsh language even calling the proud religious leaders of his day a “brood of vipers” and warning them to flee from the coming wrath of God (Matthew 3:7-10). Yet, he was the one chosen by God to announce the coming of the Messiah to the earth.

If you asked the temple money changers about their perception of Jesus, they would not describe him as “nice.” He walked into their midst with a whip in his hand, a somber and fierce look on His face, and began turning over their tables. He shouted that they had turned His Father’s house into a “den of thieves” (Matthew 21:12-13).

I am not comparing Trump with John the Baptist or Jesus, but merely making the point that in a sinful and fallen world, “niceness” is not always the most needed and desirable characteristic.

In this respect, I see a parallel with Martin Luther, who was relentless, bombastic, and sometimes crude in his verbal attacks on the papacy and the medieval Roman Catholic Church. Even some Protestants thought he crossed the line. At his funeral, his friend, colleague, and fellow-theologian, Philip Melanchthon, addressed this, saying,

Some have complained that Luther displayed too much severity. I will not deny this. But I answer in the language of Erasmus, “Because of the magnitude of the disorders, God gave this age a violent physician.” But we may say of such a one, “rough indeed but worthy of all praise” (Hyatt, The Charismatic Luther, 52)!

Mike Huckabee has compared Trump with a doctor with gruff mannerisms but who knows how to get the job done. He said,

Donald Trump is kind of like a doctor who sometimes has a rather gruff bedside manner. But by golly the patient is alive and I’d rather have this president, who gets things done, than one who comes in, he’s nice and he’s polite and he smiles, but my family member dies in the hospital bed.

When this era of American history is written by future generations, when hindsight is 20/20, it may well be acknowledged that because of the deep political and moral corruption of the times, Donald Trump was exactly the one needed to save the American Republic from utter ruin.

Yes, I no longer see his personality and temperament as a negative but as a positive and precisely what is needed at this time in America’s history. This change in my own perspective is a big reason I have changed my mind about Donald Trump and now believe he was God’s choice to be president of these United States of America.

This article iis derived from Chapter 1 of Dr. Eddie Hyatt's latest book, 5 Reasons I Changed My Mind About Donald Trump, available from Amazon and his website at www.eddiehyatt.com.