To read how America was birthed out of a great, Spiritual awakening, check out Dr. Eddie Hyatt's book, Pilgrims and Patriots, available from Amazon and his website at www.eddiehyatt.com. Do invite Dr. Hyatt to speak on this topic at your church, fellowship or conference, send an email to dreddiehyatt@gmail.com. 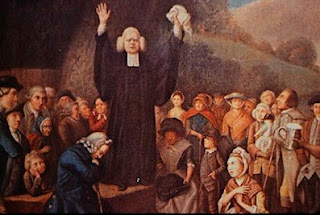