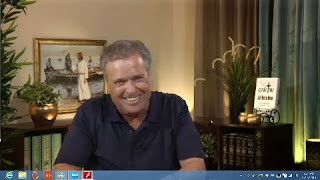 “I have not yet begun to fight,” Captain John Paul Jones signaled to the captain of the 50-gun British frigate, the Serapis, that seemed to have Jones and his smaller ship, the Richard, at their mercy during a battle during the Revolutionary War. Realizing he was out-manned and outgunned by the larger ship, Jones had attempted an unusual maneuver that failed. It was at this time that the British, who seemed to be in complete control, taunted him with an invitation to surrender. With a note of sarcasm and vehement determination, Jones gave his famous reply, "I have not yet begun to fight," and then went on to win the battle and force the surrender of the British fleet.

My word to you today is NEVER QUIT! NEVER GIVE UP! NEVER! NEVER! NEVER! When you hear the voice of the enemy taunting you and telling you it’s all over and you may as well throw in the towel, let him know that he has not seen anything from you as yet. Let him know that you are just now beginning to fight and lay hold of all that God has for you. Rise up today in the strength of our God and in the name of Jesus Christ. With vehement determination, face life with all its challenges and see what God will do for you as you move forward in faith. Don't you quit! Incredible victories await you!

Don’t You Quit
When things go wrong as they sometimes will,
When the road you’re trudging seems all up hill,
When the funds are low and the debts are high
And you want to smile, but you have to sigh,
When care is pressing you down a bit,
Rest if you must, but don’t you quit.
Life is queer with its twists and turns,
As every one of us sometimes learns,
And many a failure turns about
When he might have won had he stuck it out;
So don’t give up though the pace seems slow–
You may succeed with another blow,


Success is failure turned inside out–
The silver tint of the clouds of doubt,
And you never can tell how close you are,
It may be near when it seems so far;
So stick to the fight when you’re hardest hit–
It’s when things seem worst that you must not quit.
Posted by Eddie Hyatt at 1:14 PM No comments: