Karl Marx once said, “People without a heritage are easily persuaded,” and time has proven him to be right. Throughout history when the conquerors have wanted to assimilate the conquered into their own society and culture, the first thing they do is cut the conquered off from their past. With no sense of history, the conquered lose a sense of their own identity as a people and are then easily assimilated into the society and culture of their conquerors. This very thing—Marx’s maxim--is being played out before our very eyes in America.
Because we have lost a sense of our heritage or history as a nation, concepts of morality, God, government, education, and human nature—concepts that made this nation great--are being discarded before our very eyes. Because we have lost all knowledge of our true history as a nation birthed out of a great Spiritual awakening, we are now being redefined as a secularist, politically correct nation in which Christians and Christian values are being pushed to the fringes of our society. Yes, “people without a heritage are easily persuaded,” and because we have lost our heritage as a nation, our president can stand before a foreign Muslim audience and declare, “America is not a Christian nation,” with hardly a peep of protest from back home.
Whether this downhill slide into a moral and social abyss will stop is really dependent on how you and I respond to the crisis. A good time to begin our response is this July 4th in our congregations, special meetings and online gatherings. Why not take this 237th birthday of our nation as an opportunity to help our people recover America’s heritage as a nation founded by Christian reformers and revivalists? My latest book, America’s Revival Heritage, gives all the tools needed to demonstrate how this nation was birthed out of a great Spiritual awakening that transformed the 13 American Colonies in the early and mid-18th century. 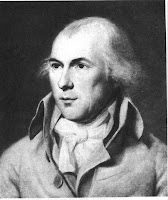 For example, did you know that James Madison, the 4th president and chief architect of the American Constitution, was trained at a college that was known as a center of Spiritual awakening? Only a few years before Madison enrolled in the College of New Jersey (now Princeton University), Samuel Davies received a letter, dated April 16, 1757, from Samuel Finley, a trustee of the college, who wrote, “Our glorious Redeemer has poured out His Holy Spirit upon the students at our College. The whole house was a Bochim (place of weeping). Mr. William Tennant, who was on the spot, says that there never was, he believes, more genuine sorrow for sin and longing after Jesus” (Eddie Hyatt, America’s Revival Heritage, 72). Madison’s mentor and president at this college, Dr. Jonathan Witherspoon, was a graduate of Cambridge University in England, a Christian reformer and a signer of the Declaration of Independence who declared, “Cursed is all education that is contrary to Christ.” After graduation, Madison continued at the College of New Jersey for an additional year, and during that time, he translated the Bible from Hebrew and Greek into English.
That Madison was a committed follower of Jesus is evident from his many public and private writings. For example, in a letter to his friend, William Bradford, he exhorted him to make sure of his own salvation, saying, “A watchful eye must be kept on ourselves lest, while we are building ideal monuments of renown and bliss here, we neglect to have our names enrolled in the Annals of Heaven.” He also told Bradford of his desire that public officials would openly testify of their faith in Christ, and encouraged him to do so. He wrote,
I have sometimes thought there could not be a stronger testimony in favor of religion than for men who occupy the most honorable and gainful departments … becoming fervent advocates in the cause of Christ; and I wish you may give your evidence in this way.
In 1812, President Madison signed a federal bill that provided economic aid for a Bible society in its goal of the mass distribution of the Bible. Throughout his presidency (1809-1816), he issued several proclamations for national days of prayer, fasting, and thanksgiving.
Madison’s worldview was obviously shaped by associates and institutions with roots firmly anchored in the Great Awakening. This is why the late Dr. D. James Kennedy and Jerry Newcombe have said, “Madison’s political worldview was one shaped by the Bible more than any other source.”

This article was derived from America’s Revival Heritage by Eddie L. Hyatt, available from Amazon and from http://www.eddiehyatt.com/bookstore.html. A 50% discount is available for orders of 10 or more copies. Send such order to dreddiehyatt@gmail.com.

www.eddiehyatt.com/bookstore.html
Posted by Eddie Hyatt at 10:51 AM No comments: