WILL AMERICA SURVIVE WITHOUT ANOTHER GREAT SPIRITUAL AWAKENING?

Dr. Eddie L. Hyatt is an author, historian and revivalist with a passion to see Spiritual awakening in America and throughout the world. His books are available from Amazon and from his website bookstore at www.eddiehyatt.com/bookstore.html. His latest book is entitled The Faith & Vision of Benjamin Franklin, which shows the Benjamin Franklin the Left does not want you to know.
Posted by Eddie Hyatt at 3:51 PM No comments:

This article was derived from Dr. Eddie Hyatt’s latest book, The Faith & Vision of Benjamin Franklin. This book, which challenges many traditional ideas about Franklin and America’s origins, is available in both Kindle and hard copy from Amazon and from the “Revive America” online bookstore at www.eddiehyatt.com/bookstore.html. 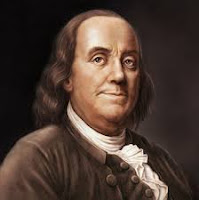 
As we celebrate the 239th birthday of this nation, it is important that we remember our godly heritage as a nation. It is crucial that we protect this heritage and build on it for the next generation. The future belongs to those who know from whence they have come.

This article was derived from Dr. Eddie Hyatt's new book, The Faith & Vision of Benjamin Franklin, available from Amazon and Hyatt's online bookstore at http://www.eddiehyatt.com/bookstore.html.

Posted by Eddie Hyatt at 7:05 PM No comments:

THE PROUD AND ARROGANT ARE COMING DOWN

Dr. Eddie Hyatt is an author, revivalist and Bible teacher. His latest book, The Faith & Vision of Benjamin Franklin, is available from Amazon. You can read about his vision for America and another Great Awakening by visiting his website at www.eddiehyatt.com. 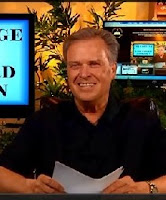 Posted by Eddie Hyatt at 8:54 PM No comments: