A "POPULIST UPRISING" IS COMING TO AMERICA

A few weeks ago, the phrase “Populist Uprising” was impressed on my mind. Since it is not a phrase that I use, I looked up “populist” and found that it refers to the people—to common, everyday people. I then knew that “uprising” referred to the common, everyday people rising up and letting their voices be heard. From that moment I knew that a “Populist Uprising” was coming to America.

A Government of "We the People"

The U.S. Constitution begins with the words, “We the people.” At the Constitutional Convention, the Founders saw themselves as working on behalf of the people they represented. They envisioned a nation governed, not by monarchs, oligarchs, or professional politicians, but by the people through their elected representatives and by making their voices heard in all sorts of public venues.

The Founders instituted the freedoms necessary for "we the people" to make our voices heard.

We Must Break the Silence

Thomas Jefferson said, “All tyranny needs to gain a foothold is for people of good conscience to remain silent.” Where the light does not shine, darkness prevails. When “we the people” are silent, evil gains the upper hand.

It is time for people of good faith to arise and let their voices be heard. I am not talking here about a political uprising, but an uprising of godliness, morality, and truth. It is what Jesus called "letting our light shine."

We can begin by praying for another Great Awakening across our land. A strong moral and Christian presence is necessary for maintaining our Constitutional freedoms, for as John Adams said,

Our Constitution was made only for a moral and religious people. It is wholly inaequate for the government of any other. (Hyatt, Abolitionist Founding Fathers, 64).

We Must Return to the Old Paths

Each new generation likes to think that wisdom and virtue has begun with it. In so many cases, the opposite is true, as is the case in America today and was the case in Israel during the time of Jeremiah the prophet.

During a time of moral decline, social unrest, and enemies at their gates, God gave Israel the answer through Jeremiah. In Jeremiah 6:16, the prophet declared to King Josiah and all the people,

Thus says the LORD: “Stand in the ways and see, and ask for the old paths, where the good way is, and walk in it; then you will find rest for your souls.

Just as Israel, in the time of Jeremiah, had strayed from the good way that had produced peace and prosperity, America has strayed from the way that made her, perhaps, the freest and most prosperous nation in history.

The new “woke” philosophies of transgenderism, the “1619 Project,” and Critical Race Theory are dividing and destroying this country. We must return to the “old paths”—to those founding principles that made America great.

"We the people" must rise up and take a stand for commonsense, righteousness, and truth.

It’s Time to Stand for Truth

In my latest book, Abolitionist Founding Fathers, I show how both Abraham Lincoln and Dr. Martin Luther King, Jr. based their fights for abolition and racial justice on the “old paths” laid out by America’s founders. America’s founders were impacted by a "Great Awakening" and turned against slavery at a time when it was accepted throughout the world. They formed a new nation built on godly principles of self-government and the Biblical truth that,

All men are created equal and are endowed by their Creator with certain inalienable rights such as Life, Liberty, and the Pursuit of Happiness.

This is the key for this generation. "We the people" must rise up and stand for those founding principles on which this nation was founded. They are principles that will work wherever and whenever they are implemented, for they are ubiquitous, eternal, and godly in nature.

This article is derived from Dr. Eddie Hyatt’s bombshell new book, Abolitionist Founding Fathers with the subtitle, Sin, Slavery and Redemption at America’s Founding. The book is available from Amazon and his website at www.eddiehyatt.com. 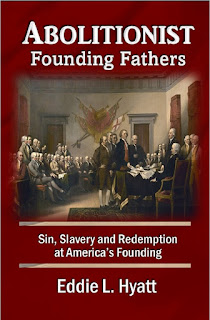 Posted by Eddie Hyatt at 2:32 PM No comments: 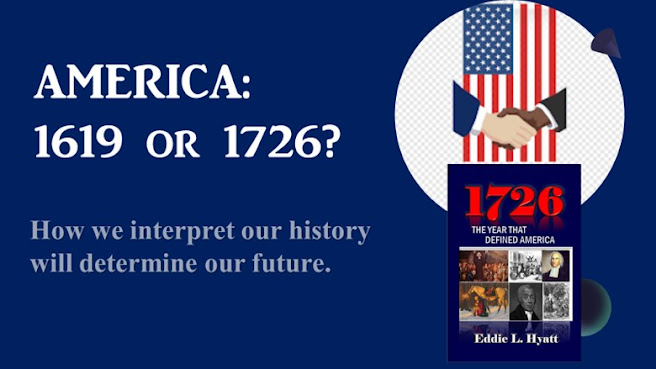 Posted by Eddie Hyatt at 8:20 AM No comments: