IS YOUR END-TIME THEOLOGY A HINDRANCE TO REVIVAL?

5 Reasons We Can Expect Great Revival in the Last Days

I recently received an email from an individual who chided me for encouraging people to pray and believe God for another great Spiritual awakening. He exhorted me that these are the last days and, therefore, no great revival will occur before the coming of the Lord. His gloomy, fatalistic eschatology (theology of the end) obviously left no room for God to work mightily in these days.
Sadly, this brother is like so many today whose doctrine of the end times precludes any hope of God visiting America, Europe and the world with another great Spiritual awakening. This has happened because of an unhealthy preoccupation of the end that focuses exclusively on the evil that is predicted. Out of this has emerged a dark, fatalistic eschatology that is robbing the church of faith for revival in this generation.
Here are 5 reasons we can expect great revival in the last days, and why our eschatology must make room for such revival: (1) It was prophesied by Peter; (2) It was alluded to by Jesus; (3) My experience informs me it is so; (4) Past revivalists considered great revivals to be part of the last days; (5) Eschatology is very tenuous and should not be the basis for denying the possibility of revival in our day.
#1
Predicted by Peter
A great world-wide outpouring of the Spirit of God in the last days is what Peter declared to the wondering crowd on the Day of Pentecost (Acts 2:17). As the disciples magnified God and praised him in other tongues, the on-looking multitude questioned what this could mean. Peter responded by quoting a prophecy from Joel about a universal outpouring of God’s Spirit on all flesh (Joel 2:28-29).
And it shall come to pass in the last days, says God, that I will pour out My Spirit on all flesh; your sons and your daughters will prophesy, your young men shall see visions, your old men shall dream dreams, and on my menservants and my maidservants I will pour out of My Spirit in those days and they shall prophesy (Acts 2:17-18).
In Jewish/rabbinic tradition, Joel’s prophecy was associated with the coming of the Messiah and the messianic age, also known as “the last days.” The messianic age would be a time when the Holy Spirit would no longer be confined to certain prophets, judges and kings in Israel, but would be universally poured out on all flesh.
Peter declared that with the coming of Jesus, the messianic age had dawned and the Spirit was now being poured out on all flesh. Peter further made his point by substituting Joel’s it shall come to pass afterwards with it shall come to pass in the last days. As far as Peter was concerned, the death, resurrection and ascension of Jesus had ushered in the promised era. The last days had dawned and the Spirit of God was now being universally poured out without the former restrictions. (Acts 2:14-18).
Is this not a solid Biblical basis for praying in faith for a great, Spiritual awakening in our day?
#2
Jesus Predicts Great Revival in the Last Days
In Matthew 24:14 Jesus declared, And this gospel of the kingdom will be preached in all the world as a witness to all the nations, and then the end will come.  Interestingly, the Greek word translated “nations” in this passage is ethonos, from which we get “ethnic” and “ethnicity.” According to Wikipedia, the largest ethnic groups in modern times comprise hundreds of millions of individuals, with Han Chinese being the largest, while the smallest are limited to a few dozen individuals and include numerous indigenous peoples worldwide.
In other words, Jesus is not referring to modern nation states with geographical/political borders. He is referring to races and ethnicities that make up this planet. Just because a Christian broadcast in the English language goes into, let’s say, India, does not meant that India has been reached with the gospel. India is made up of many ethnicities who speak many different languages.
When Jesus says that just before the eschaton the gospel will be preached as a witness to every ethnicity on planet earth, is this not a clear indication of a church that is alive and on the move? Is this not a church that has been awakened by the power of the Holy Spirit? Is this passage not a basis for the bold proclamation of the gospel and for praying that God will send another Great Awakening in our day?
#3
My Own Experience 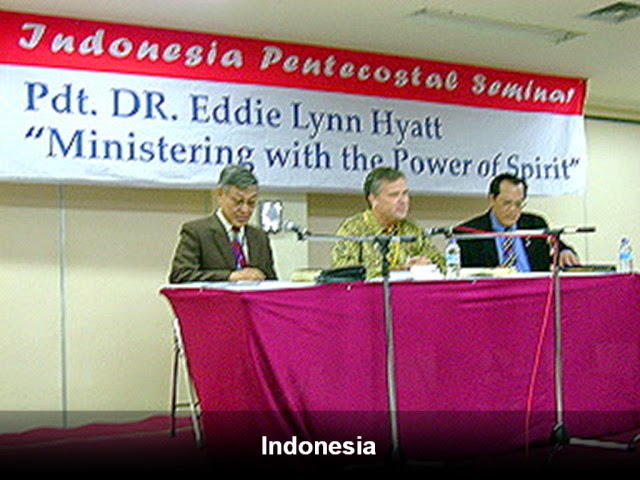 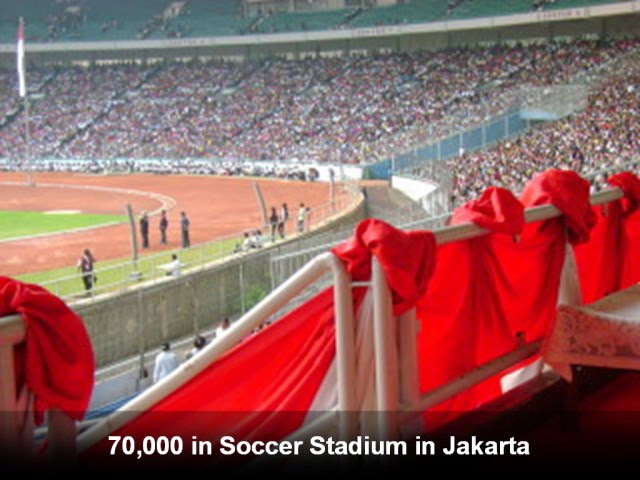 My own limited experience informs me that God is pouring out His Spirit all over the world and that we should be praying for great Spiritual awakenings. In 2006 Susan and I were invited to be part of the ministry team for the Azsua-Asia Celebration in Jakarta, Indonesia. Jakarta is the capital of the largest Muslim nation on earth. This was not an evangelistic crusade. This was Spirit-filled believers coming together to celebrate the 100 year anniversary of the world-wide Pentecostal revival and the 80 year anniversary of the Pentecostal revival in Indonesia. I had the privilege of addressing a very dynamic workshop packed with Spirit-filled believers as well as the 70,000 Spirit-filled believers in the soccer stadium, and hearing them rejoicing and praising God in their native tongues and in the language of the Spirit. 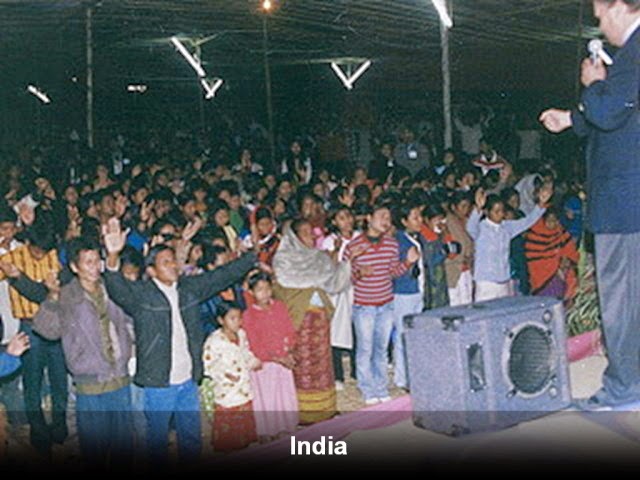 That same year Sue and I were in the Garo Hills of NE India where I was the guest speaker for the very first convention of the Garo people, whose ancestors were headhunters. Even though far removed from America and Indonesia, the same Spirit and presence of God was being poured out on those dear people who were so hungry to know Jesus. Underneath that bamboo tabernacle set on a dry rice paddy, God poured out His Spirit. Each time prayer was offered they would flock to the front, sometimes literally running and weeping and praying as they ran. Sometimes they would fall before they reached the front, often lying across one another as they cried out to God. 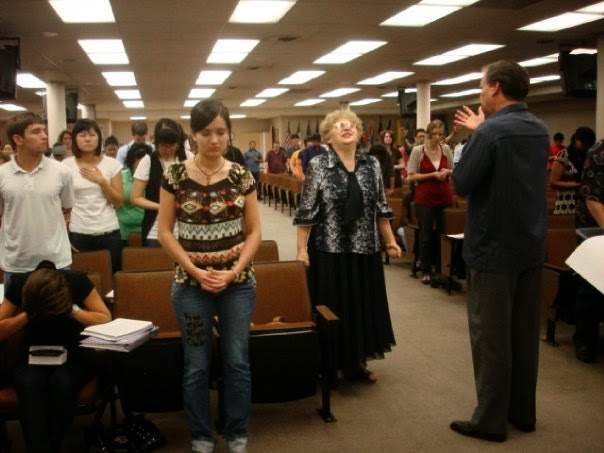 Dr. Eddie L. Hyatt is an author, historian and Bible teacher. He is the founder of "The Revive America Project" that is dedicated to reclaiming the vision and restoring the hope for another Great Awakening in America and around the world. His books on the church and revival are available from Amazon and from his website at http://www.eddiehyatt.com/bookstore.html.

Posted by Eddie Hyatt at 9:14 AM No comments:

WHY WE BEGAN THE "REVIVE AMERICA" PROJECT?

“People without a heritage are easily persuaded.” – Karl Marx 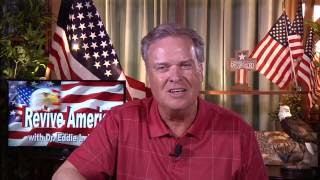 A JESUS REFORMATION IN ISLAM? COULD IT HAPPEN?


Will you pray for a Jesus Reformation in Islam?

Dr. Eddie Hyatt is an author, historian and Bible teacher. He is also the founder of the "Revive America" Project whose goal is to see Spiritual awakening and reformation in America by revisiting the nation's Christian past. His latest  book, Pursing Power: How the Quest for Apostolic Authority & Control Has Damaged and Divided the Church, is available from Amazon and his website at http://www.eddiehyatt.com/bookstore.html. 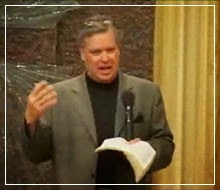