CHRISTMAS IS FOR REAL 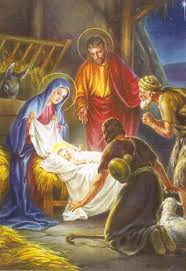 How Archaeology Has Confirmed Luke's Account of the Virgin Birth

Of the 4 gospels, Luke gives the most detailed account of the Nativity and mentions Mary 12 times, more than any other biblical writer. In addition to the birth of Christ, he also gives special, detailed attention to the birth of John the Baptist and many see his gynecological interests to be a result of his training as a physician.

At the beginning of his gospel, Luke, whom Paul calls “the beloved physician” in Colossians 4:14, indicates that he has made a thorough investigation of the things about which he is writing, including the virgin birth. This investigation included his utilization of eyewitness accounts of the events described.  He writes,

Many have undertaken to draw up an account of the things that were fulfilled among us, just as they were handed down to us by those who from the first were eyewitnesses and servants of the word. With this in mind, since I myself have carefully investigated everything from the beginning, I too decided to write an orderly account for you, most excellent Theophilus, that you may know the certainty of the things you have been taught (Luke 1:1-2).

Luke spent extended periods of time with Paul in Jerusalem and Judea and would have had opportunity to interview those closest to the events described, including Mary herself. There is no reliable information on how long Mary lived, but some traditions say she lived as much as 24 years or longer after the resurrection.

The detail Luke presents about the virgin birth does indicate that he has derived his information from a primary source, either Mary herself or someone to whom Mary had relayed the intimate details of the event.

Luke Gains a Reputation for Accuracy

At one time, it was thought that Luke was mistaken concerning the events he portrayed surrounding the birth of Christ (Luke 2:1-5). Critics argued that there was no census and that everyone did not have to return to their ancestral home. They also pointed out that Josephus had dated the governorship of Quirinius of Syria, whom Luke mentions, as beginning in A.D. 6, too late for the birth of Christ.

In every case, however, modern archaeological discoveries have proven the critics to be wrong. In the case of Quirinius, it was found that he actually served two separate terms as governor, the first beginning around 7 B.C., which fits perfectly with the time of Christ's birth. The accuracy of Luke as a historian was confirmed by the famous historian, A.N. Sherwin-White, who carefully examined his references in Luke/Acts to 32 countries, 54 cities, and nine islands, finding not a single mistake (Hyatt, Christmas Is For Real, 9).

The late F. F. Bruce, one of the most respected of New Testament scholars, noted that where Luke has been suspected of inaccuracy by modern critics, archaeology has again and again proved Luke to be right and the critics wrong (Hyatt, Christmas Is For Real, 8).

The archaeological affirmation of Luke as a world-class historian, accurate in the minutest details, began with Sir William Ramsay (1851-1939), a world-renowned archaeologist and Oxford professor. Ramsay, an agnostic, set out to scientifically disprove the Bible, but his archaeological investigations carried him to a completely different conclusion.

Ramsay was a product of the skeptical, German higher criticism of the 19th century.  He believed the New Testament to be an unreliable religious treatise written in the 2nd century by writers far removed from the events described. Ramsay decided he would demonstrate his thesis by retracing Luke’s account of Paul’s travels in Acts and doing archaeological excavations along the way.

Since, in his thinking, Acts was not written by the traditional author, but by a later writer who assumed his name, Ramsay was confident that he would discover many inaccuracies and falsehoods in the account.

However, after years of retracing Luke’s account of Paul's travels and doing careful archaeological excavations along the way, Ramsay completely reversed his view of the Bible and first-century history. He became convinced that Acts was written in the first century by the traditional author, and he acquired a very high regard for Luke as a historian. He wrote,

Luke is a historian of the first rank; not merely are his statements of fact trustworthy, he is possessed of the true historic sense; in short, this author should be placed along with the greatest of historians (Hyatt, Christmas Is For Real, 10-11).

Over the next 20 years, Ramsay published other volumes showing how he discovered Luke to be accurate in the tiniest details of his account. In his book, The Bearing of Recent Discovery on the Trustworthiness of the New Testament, he wrote,

You may press the words of Luke in a degree beyond any other historian's and they stand the keenest scrutiny and the hardest treatment (Hyatt, Christmas Is For Real, 11).

Ramsay himself seems to have embraced the Christian faith, for he wrote, “I set out to look for truth on the borderland where Greece and Asia meet, and found it here [in the Book of Acts].

Archaeology has, indeed, affirmed the Biblical historical record. William F. Albright (1891-1971), the renowned archaeologist and late professor of Semitic languages at John Hopkins University, also began his career as a skeptic. But after years of archaeological investigations in the land of the Bible, he wrote,

The excessive skepticism shown toward the Bible by important historical schools of the eighteenth and nineteenth centuries, certain phases of which still appear periodically, has been progressively discredited. Discovery after discovery has established the accuracy of innumerable details and has brought recognition to the Bible as a source of history (Hyatt, Christmas Is For Real, 11-12).

Our Faith Has a Solid Historical Base

When some skeptics insisted that the virgin birth was a hoax, the noted Greek scholar, Professor John A. Scott, reminded them of Luke's training as a physician and his reputation as a historian. Pointing to his attention to detail and accurate reporting, Scott declared, "You could not fool Doctor Luke."

With such overwhelming evidence for the virgin birth of Jesus Christ, it raises the question as to why there remains so much skepticism and unbelief about this event and other miracles recorded in the Bible. This question was answered by Yale archaeologist and professor, Dr. Millard Burrows, who said, "The excessive skepticism of many liberal theologians stems not from a careful evaluation of the available data, but from an enormous predisposition against the supernatural."

In other words, the barrier to faith is not an intellectual one, but a heart that is committed to unbelief. Any honest seeker who will lay aside their biased presuppositions and consider the historical evidence will also experience the affirming witness of the Holy Spirit in their heart and will know that Jesus Christ was truly born of a virgin. And if that part of the story is true, then we can have confidence that the rest of the story is true as well.

This article is derived from Dr. Eddie Hyatt’s book, Christmas Is For Real, available from Amazon and his website at www.eddiehyatt.com. Dr. Hyatt is also the author of 1726: The Year that Defined America, which documents how the 18th century Great Awakening had a direct bearing on the founding of America and the abolition of slavery.