5 PILLARS ON WHICH THE AMERICAN REPUBLIC WAS FOUNDED 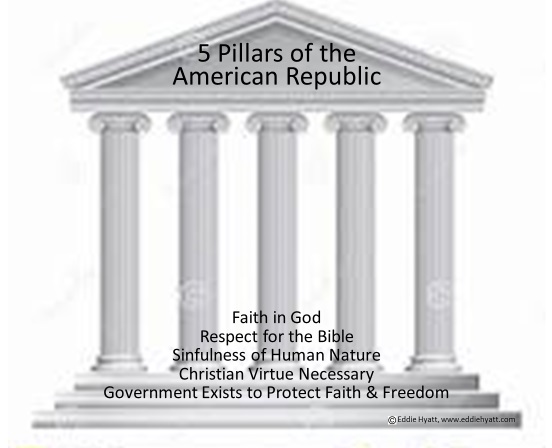 This article is derived from Dr. Eddie Hyatt’s book, Pilgrims and Patriots, available from Amazon and his website at www.eddiehyatt.com. Dr. Hyatt has a passion to see another Great Awakening in America and he conducts “America Reawakening” events in which he shows how America was birthed out of a great Spiritual awakening and then calls those present to a new commitment to be salt and light and to pray for another Great Awakening in our land.

Posted by Eddie Hyatt at 3:11 PM No comments: