IT IS NOT TOO LATE TO SAVE AMERICA! 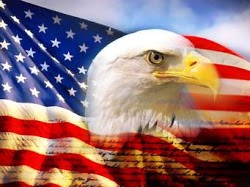 I write with a sense of urgency for powerful forces are seeking to destroy the America of Washington, Jefferson, and Lincoln and replace her with a godless, socialist regime. They are doing this by "reframing" America’s history and presenting her as an evil, racist nation forever defined by slavery. She must, therefore, be fundamentally transformed.

This is the narrative of the NY Times' "1619 Project," which insists that 1619, when the first African slaves were brought to this land, represents the true founding of America, not 1776. This "warped history" is now being taken into America's public schools where students will be indoctrinated with this one-sided, anti-American view without the knowledge to refute it.

Before I had even heard of this "warped history," I was deeply stirred, during the summer of 2019, to write a book that, lo and behold, refutes it. The book, 1726, has proven to be very strategic and timely for it documents that at a time when slavery was accepted and practiced in Africa, Asia, the Middle East, and most of the world, there was a great movement in America against it.

George Washington, Thomas Jefferson, Benjamin Franklin and other American founders turned against slavery in the 18th century. 1726 shows that, far from being a founder of slavery, America was at the forefront of the fight to end slavery at a time it was accepted and practiced in most of the world.

The book is entitled 1726 because it shows that 1726, not 1619, was the year that defined America. It was in 1726 that a great, spiritual awakening began that transformed Colonial America and gave birth to a powerful, anti-slavery movement that impacted America’s founding generation.

This book is both strategic and timely, for as Goerge Orwell said, "Whoever controls the past, controls the future."

I am sending copies of the book to both Christian and political leaders. Billye Brim just purchased 250 copies for her Fall Prayer Assembly. I urge you to obtain copies for yourself, your pastor, your public school history teacher, and any others you deem appropriate.

It is not too late to save America!

Dr. Eddie Hyatt is the author of 1726: The Year that Defined America, available from Amazon and his website at www.eddiehyatt.com. His is also the founder of the "1726 Project" with a goal of educating Americans about their country's overt Christian origins out of a great, spiritual awakening.