AN IMPORTANT KEY TO RACIAL HARMONY IN AMERICA 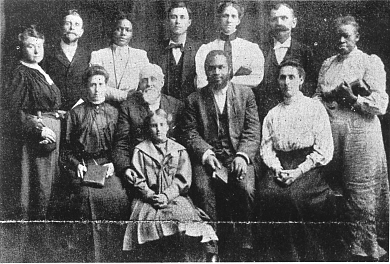 America is being torn by racial tensions and strife. This is being fueled by a false narrative that is being propagated concerning America’s origins. This false narrative says that America was forever defined by slavery and is incurably bigoted and racist at her core.

According to this "twisted history," America’s true founding was 1619 (not 1776) when the first African slaves were brought to these shores. Those who promote this false narrative also claim that the Revolutionary War was fought, not to gain liberty from Great Britain, but to maintain slavery on this continent.

The chief purveyor of this "racist" view of America is the New York Times and its “1619 Project” whose stated purpose is to “reframe” American history. Sadly, Oprah Winfrey has bought into this narrative and plans to promote it to her massive audience. This can only stoke more anger, resentment, and hatred of this country.

If we are going to have racial harmony in America, the truth must be told about her history. The key is to be found in understanding the significance of 1726; for 1726, not 1619, ultimately defined America.

This understanding dawned on me during the summer of 2019 when the Holy Spirit moved on me to write a book about the Great Awakening (1726-1770) and document how it had a direct bearing, not only on the founding of this nation, but on the ending of slavery on this continent.

As I proceeded with this assignment, I was astounded at the resources and documentation that providentially came into my hands. I discovered that out of the Great Awakening racial barriers were breached and a powerful anti-slavery movement emerged that impacted all of Colonial America, including America’s founders.

George Washington, Patrick Henry, Thomas Jefferson, and others turned against slavery as a result of this movement. Several of America’s founders became passionate abolitionists. This meant that at the time of her founding, America was at the forefront of the fight to end slavery, which was accepted and practiced in Africa, Asia, the Middle East, and most of the world.

It was a long hard battle for slavery had become entangled with the culture and economy of the South. Nonetheless, the nation moved forward at great sacrifice and eventually put an end to slavery in a Civil War where approximately 400,000 mostly white northern soldiers sacrificed their lives (through death and injury) to end this horrendous institution.

Contrary to what the twisted history implies, slavery is not an “American” thing. It was a foreign and exotic plant, nurtured in many nations, and brought to these shores where it ran into a spiritual buzz saw known as the Great Awakening, which began in 1726.

David Horowitz is thus correct in saying, “Since slavery was a normal institution in all societies for 3,000 years before 1776, America should rightly be seen, not as 'a founder' of slavery, but its grave digger” (Horowitz, Blitz, 79).

There is no question that understanding 1726 is a key to racial harmony in America and for Americans of every race and ethnicity standing proud for the flag and national anthem.

Dr. Eddie Hyatt is the author of 1726: The Year that Defined America, available from Amazon and his website at www.eddiehyatt.com. His is also the founder of the "1726 Project" with a goal of educating Americans about their country's overt Christian origins out of a great, spiritual awakening.