IT'S TIME TO STAND ON THE RIGHT SIDE OF HISTORY! 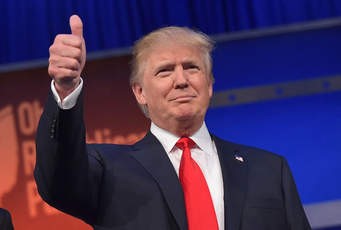 I have always considered myself a political independent, and still do. In the past, I avoided publicly supporting a political candidate or party. As a minister of the Gospel, I knew that the message of Jesus Christ transcended politics and I did not want to associate His name with ugly political battles.

There are times, however, when social, political, moral, and spiritual forces converge, and it seems impossible to be on the right side of one without being on the wrong side of the other. This is one of those times.

Another such time was the mid-19th century when the issue of slavery was coming to a head. At that time, the renowned revivalist, Charles G. Finney, declared, “It is impossible to be on the right side of God and the wrong side of the slavery issue.”

Taking a stand against slavery, however, meant that you would be opposed to Democrat politicians for the Democrat party was supportive of slavery. The Republican Party was formed in 1854 to oppose what it called “those twin relics of barbarism: slavery and polygamy.” The Democrat Party was not opposed to either.

So, when Abraham Lincoln was elected the first Republican president in 1860, the Democrat-controlled state of South Carolina succeeded from the Union. The lines were being drawn and they were not just political lines of demarcation, but of morality, righteousness, and truth.

This meant that taking a strong stand for righteousness and truth would position you against a certain political party. Taking God’s side would of necessity put you at odds with the Democrat party and land you on the same side as the Republican party on the major issues.

History seems to be repeating itself in this regard. There is a gigantic, cultural shift taking place in America away from Biblical Christianity and toward secularism and Marxist socialism. If it continues, this shift will lead to the destruction of America as we have known her.

Five years ago, I was not a fan of Donald Trump. However, as I have observed the Democrat party shift from the principles and values on which this country was founded, I have also observed Donald Trump taking a strong stand for those founding principles.

Yes, Donald Trump has been a pleasant surprise for me and on the following pages I lay out 5 reasons that I changed my mind about Donald Trump.

This is the "Perface" to Dr. Eddie Hyatt's latest book, 5 Reasons I Changed My Mind About Donald Trump, available from Amazon and his website at www.eddiehyatt.com. 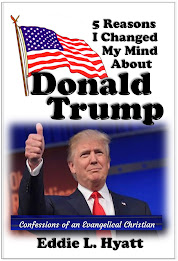