THE CHURCH'S ROLE IN PRESERVING FREEDOM OF SPEECH IN AMERICA 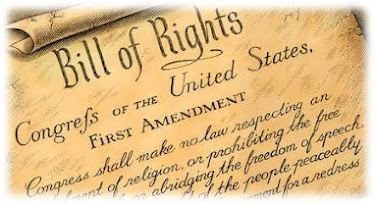 The controversy surrounding Kyrie Irving and his post of a tweet that claims the Jews in Israel are not the real Jews—that black Africans are the real Jews—raises serious questions about free speech in America and has ramifications for every Bible-believing Christian.

I am unapologetically pro-Israel. In fact, those on the political left would consider me a Zionist because I believe that the establishment of the Jewish state in 1948 was an act of God, fulfilling Old Testament prophecies and restoring His Old Testament covenant people to their ancient homeland. Without question, I disagree with Kyrie’s post.

However, I am also pro-freedom, and it concerns me to see how far some are willing to go in trying to force Kyrie to publicly recant. It has undertones of the old heresy trials in Europe where Jews and dissenting Protestants were threatened with imprisonment and death if they did not align their thinking with those in power.

The parents and grandparents of America’s Founders fled such tyrannical regimes. That is why the Founding Fathers instituted the Bill of Rights guaranteeing freedom of religion, freedom of speech, freedom of the press, freedom to peacefully assemble, and so on.

Knowing, however, the flawed character of human nature, the Founders knew that such freedoms could only function within a moral and virtuous society. An amoral people, with no transcendent moral guide, would turn freedom into anarchy and use free speech as an excuse to malign and destroy their opponents. John Adams addressed this when he said, “Our Constitution was made only for a moral and religious people. It is wholly inadequate for the government of any other.” (Hyatt, 1726: The Year that Defined America, 168).

The Founders wanted America to be a free and open marketplace of opinions and ideas, but guided by the moral teachings of Jesus, which would require a strong and lively Church being salt and light in the culture. This is why Thomas Jefferson said, “Of all the systems of morality that have come under my observation, none appear to me so pure as that of Jesus” (Hyatt, 1726: The Year that Defined America, 150).

The Founders also believed in the inherent power of objective Truth and were convinced that Truth would always prevail on an even playing field. They agreed with John Milton who said, “Let Truth and Falsehood grapple; who ever knew Truth put to the worse, in a free and open encounter?”

This is why Benjamin Franklin expressed an openness to the leading Muslim cleric of that day preaching in Philadelphia. Franklin had just led the way in completing the construction of a large building to accommodate the massive crowds that gathered to hear George Whitefield preach. He made it clear, however, that the building was not only for Whitefield’s use, but for the use, “of any preacher of any religious persuasion who might desire to say something to the people of Philadelphia.” He then said,

Even if the Mufti of Constantinople (Istanbul) were to send a missionary to preach Mohammedanism to us, he would find a pulpit at his service (Hyatt, America’s Revival Heritage, 2nd Edition, 96).

The answer to the current free speech dilemma in America is not an Orwellian Ministry of Truth that arbitrarily decides whose speech is acceptable and whose speech must be banned. Sadly, with the loss of Christian values in our culture, that is where we are headed, just as Washington and other Founders warned (Hyatt, 1726: The Year that Defined America, 165).

The answer must come from “we the people.” There must be a recovery of morality and virtue in our society, and this will only happen when the Church awakens and becomes in practice the salt and light Jesus declared us to be (Matthew 5:13-14). The greatest threat to free speech in America is a docile, slumbering  Church.

In my book, America’s Revival Heritage, 2nd Edition, I pinpoint four Great Awakenings that have occurred at crucial times in America's history and saved her from what appeared to be certain ruin. God has not changed and it can happen again, if we meet His conditions. II Chronicles 7:14 still rings true and begins with the words, If My people . . .. The ball is in our court. What will we do?

Dr. Eddie Hyatt is an author and ordained minister who is passionate about helping America recover her founding principles of faith and freedom. His numerous books on the topic are available from Amazon and his website at http://eddiehyatt.com.