WHY MAYRA FLORES REPRESENTS AMERICA'S BEST HOPE FOR THE FUTURE 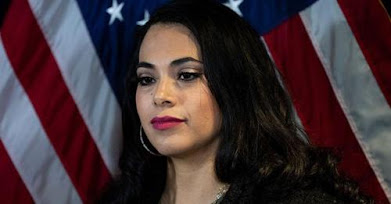 In a December 1997 speech welcoming the new American ambassador to the Vatican, Pope John II acknowledged the founding of America on moral principles rooted in the Judeo-Christian faith. He then emphasized the critical importance of those same moral principles being continued by succeeding generations, saying,

The continuing success of American democracy depends on the degree to which each new generation, native-born and immigrant, is willing to make its own the moral truths on which the Founding Fathers staked the future of your Republic (Hyatt, Pilgrims and Patriots, 2nd Edition, 156).

The newly elected Congresswoman from south Texas, Mayra Flores, exudes those moral principles mentioned by John Paul and implemented by America’s Founding Fathers. In a traditional Democrat district that is 84% Hispanic, Flores ran as a Republican on a platform emphasizing faith in God and commonsense, moral solutions to the nation’s problems.

Mayra, who is the first Mexican-born member of Congress, came to America at the age of 6 with her migrant parents who were farmworkers. She acquired her citizenship at the age of 14 and graduated from South Texas College in 2019. She says she became active in the Republican party when she realized that the Democrat Party did not support the values of faith and family on which she had been raised.

Indeed, in 2019 the Democrat National Committee (DNC), the governing body of the Democrat Party, unanimously passed a resolution affirming atheism and declaring that neither Christianity nor any religion is necessary for morality and patriotism.

So, while many American-born citizens, including politicians, are rejecting America’s Judeo-Christian founding, Mayra is pointing the nation back to those founding principles that brought about the end of slavery and Jim Crow, defeated Nazi Germany, and brought down the evil Soviet Empire (Hyatt, 1726: The Year that Defined America, 89-104).

Mayra, therefore, represents a ray of hope for America because she shares the same ubiquitous and eternal values as America’s founders. The Judeo-Christian principles of freedom on which this nation was founded transcend ethnicity and skin color. They will work anywhere because they are rooted in eternal, transcendent truth.

It may be that America’s best hope for the future lies with foreign-born immigrants like Mayra Flores who understand what it really means to be “American.”

Dr. Eddie L. Hyatt is an author, historian, and Bible teacher. He has documented America’s birth out of a great, spiritual awakening in his books 1726: The Year that Defined America and Pilgrims and Patriots 2nd Edition. These books and others are available from Amazon and his website at www.eddiehyatt.com.