OVERTURNING ROE VS. WADE WAS A WIN FOR AMERICAN DEMOCRACY 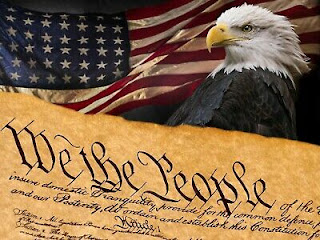 The overturning of Roe vs. Wade was a great victory, not only on Moral grounds, but also on Constitutional grounds. It was a momentous victory for American democracy.

America's founders formed a government, in the words of Abraham Lincoln, "of the people, by the people, and for the people." But almost 50 years ago, 7 liberal justices took the abortion issue out of the hands of the people and arbitrarily made abortion rights the law of the land.

Friday’s ruling does not ban abortion but merely puts that decision back into the hands of "we the people" where it belongs and where our Founders intended it to be.

America’s Founders instituted a legislative branch, consisting of representatives elected by the people, who would make the laws of the land. They never intended for laws to be made by unelected judges legislating from the bench as was the case with Roe vs. Wade.

They instituted an executive branch, which would be responsible for enforcing the laws enacted by the people’s representatives. They instituted a Judicial branch that would have the responsibility of interpreting and applying those same laws to individual cases brought before them.

In recent decades, liberal judges have legislated from the bench and enacted laws for which "we the people" have had little or no say. This is not American democracy. This is oligarchy, i.e., rule by a few. America's founders would be horrified.

Those Supreme Court justices who just overturned Roe vs. Wade should be applauded by all who believe in American democracy, whether prolife or proabortion. They have returned power to the people, preserved America’s Constitutional form of government, and given new hope for the nation’s future.

Dr. Eddie Hyatt is a historian and biblical scholar who has written extensively about America's overt Christian origins out of the First Great Awakening. His books are available from Amazon and his website at www.eddiehyatt.com.