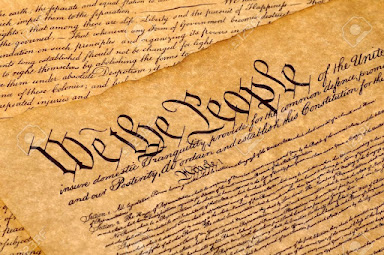 “If men were angels, no government would be necessary,” said James Madison, chief architect of the U.S. Constitution. Indeed, if humankind lived according to the Golden Rule, “do unto others as you would have them do unto you,” no human government would ever be necessary.

Men, however, are not angels and people in general do not live by the Golden Rule. After our first parents rebelled against their Creator (Genesis 3), human nature became flawed by sin and the first murder soon occurred with Cain murdering his brother Abel. It is the flawed, sinful nature of fallen humanity that made human government necessary.

Although the Bible does not prescribe a certain form of government, it does spell out the purpose of human government, and it is not to control people and play God in their lives.

God placed the power of the sword in the hand of the governing authority and Paul makes clear in Romans 13:1-4 that his purpose is to restrain and punish those who do evil and protect and reward those who do good. He wrote,

Let every soul be subject to the governing authorities. For there is no authority except from God, and the authorities that exist are appointed by God. Therefore, whoever resists the authority resists the ordinance of God, and those who resist will bring judgment on themselves. For rulers are not a terror to good works, but to evil. Do you want to be unafraid of the authority? Do what is good, and you will have praise from the same. For he is God’s minister to you for good. But if you do evil, be afraid for he does not bear the sword in vain; for he is God’s minister, an avenger to execute wrath on him who practices evil.

Paul is here making the point that human government is of God, but notice that he spells out the purpose of governing authorities and describes their God-ordained role. In vss. 3-4 Paul says the governing authority is not a terror to good works, but to evil. He calls him/her a minister of God who offers praise to those who do good and will execute wrath on those that do evil.

This does not describe authoritarian Marxist regimes and regimes like the Taliban who persecute and kill the innocent. Such tyrants are not of God. They are in place because of sin and because the Church has fallen short in its call to be salt and light, i.e., a positive spiritual and moral force in society.

During the debate in Colonial America concerning separation from Great Britain, a British loyalist pointed to the above passage and referred to King George as "a minister of God.” Jonathan Mayhew, a graduate of Harvard and pastor of Boston’s West Church, was incensed that this passage would be applied to a despot like King George. He pointed out that the passage refers to just and benevolent rulers, not tyrants. In strong language, he declared, “It is blasphemy to call tyrants and oppressors 'God’s ministers'” (Hyatt, To Comply or Not Comply, 12-13).

Yes, God places kings, prime ministers, and presidents in positions of power to resist the evil in this world and rescue those who are abused and victimized by evil. If they are not doing this, they are abusing their authority and missing the very reason for their existence.

It is tragic that American presidents and other world leaders stood by a few years ago while ISIS slaughtered Christians, nominal Muslims, and anyone that did not agree with their radical agenda of world dominance. In one situation it was reported that an American bombing raid on ISIS was turned back because of concern it might “harm the environment.”

Now something similar has unfolded in Afghanistan. The Taliban, a terrorist group, has taken over the country. According to reports, they are going door-to-door looking for Christians and those whom they have targeted for prison and death. The Taliban have not been put in their position of authority by God. They are there because of the failure of the American government and other civilized nations.

America and other nations will be held accountable for leaving women, girls, and religious minorities at the mercy of the Taliban. I am reminded of the words of Proverbs 24:11-12, which says,

Rescue those being led away to death; hold back those staggering toward slaughter. If you say, “But we knew nothing about this,” does not He who weighs the heart perceive it? Will He not repay everyone according to what they have done?

Because governing authorities are flawed human beings, they must never be put in the place of God. Their power must be restrained or else they too easily become tyrants, abusing and misusing their authority. This is why Thomas Paine, in his immensely popular book, Common Sense, wrote, "Government, even in its best state, is but a necessary evil; in its worst state, an intolerable one."

In the Declaration of Independence, America’s founders spelled out the purpose of human government. Thomas Jefferson wrote,

We hold these truths to be self-evident, that all men are created equal, that they are endowed by their Creator with certain unalienable Rights, that among these are Life, Liberty and the pursuit of Happiness.--That to secure these rights, Governments are instituted among Men.

There you have it! Governments exist to protect and secure the freedoms given to us by our Creator. Anything less than this is a dereliction of duty, and anything more will lead to acts of tyranny.

This article is derived from Dr. Eddie Hyatt's latest book, To Comply or Not Comply, available from Amazon and his website at www.eddiehyatt.com. He is also the author of 1726: The Year that Defined America, which documents how the 18th century Great Awakening had a direct bearing on both the founding of America and the ending of slavery on this continent.