WHY THE AMERICAN CHURCH MUST SAY "YES" TO GOD 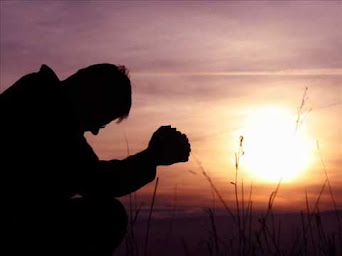 Psalm 14:1 in the NKJV reads, The fool has said in his heart, there is no God. In the KJV and NKJV the words, there is, are italicized indicating they are not in the original. In other words, it may well be that the “fool” here is not one who has denied God’s existence, but one who has said “No” to His moral government.

In his Notes on the Bible, Albert Barnes says, “The words, there is, are not in the original. The Cambridge Bible for Schools and Colleges says, “This is hardly to be understood as a speculative denial of the existence of God; but rather of a practical disbelief in His moral government.” The writer of The Treasury of David says,

It is a solemn reflection that some who worship God with their lips may in their hearts be saying, "no God." How horrible the insanity which leads a man who owes his all to God to cry out, "No God"!

The Hebrew word for “fool” in this passage is nabal and it does not refer to one who is intellectually deficient. It, rather, refers to one who is morally deficient because in the pride and arrogance of his/her heart they have chosen to ignore God’s revelation in order to pursue their own selfish agenda and desires.

That the Joe Biden administration has said “No” to God is confirmed, not only by their radical amoral polices, but by their silence concerning a 2019 resolution passed unanimously by the Democrat National Committee. In this resolution, the DNC affirmed atheism and declared that neither Christianity nor any religion is necessary for morality and patriotism. They said “No” to God.

How far we have fallen from America’s founding generation, which said “Yes” to God! Although some may not have gone to church and taken communion as often as Biden and Pelosi, without exception, they wanted Christian moral values taught in schools and all public venues.

Thomas Jefferson, for example, said “Yes” to God when he took money from the federal treasury to pay for a Christian missionary to the Kaskaskia Indian Tribe. He did this because, in his own words, “Of all the systems of morality that have come under my observations, none appear to me so pure as that of Jesus” (Hyatt, 1726: The Year that Defined America, 150).

George Washington said “Yes” to God when, as commander-in-chief of the Colonial Army, he ordered each day to begin with prayer led by the commanders of each unit. It was for this same reason that, in his Farewell address, he admonished the fledgling nation to cling to “religion [Christianity] and morality,” which he called “the great pillars of human happiness” (Hyatt, 1726: The Year thatDefined America, 165).

Benjamin Franklin said “Yes” to God when at the age of eighty-one he called the Constitutional Convention to prayer, reminding them how they had had daily prayers in that same room during the war and that God had answered their prayers. Then, alluding to the words of Jesus in Matthew 10:29, he admonished the Convention delegates, saying, “And if a sparrow cannot fall to the ground without his notice, is it probable that an empire can rise without His aid” (Hyatt, 1726: The Year that Defined America, 142).

The American Church Must Say “Yes” to God

If America is to emerge from the moral chaos that is destroying this generation, the American Church must say “Yes” to God. We must not look to Congress or the White House. The promise of a national healing in II Chronicles begins with the words, If My people . . .. And I Peter 4:17 says, For the time has come for judgement [self-evaluation] to begin at the house of God . . ..

Many pastors and churches are like the fool of Psalm 14:1. They acknowledge the existence of God but say “No” to His revelation in Scripture. Many evangelical and charismatic churches, craving cultural acceptance, have embraced the modern woke culture and will not speak the truth about race, marriage, morality, and sexuality.

Some will not even speak the truth about Jesus. I was shocked to see two different well-known evangelical/charismatic preachers being interviewed by Oprah who asked them if Jesus is the only way to God. Instead of giving a simple and clear response, they danced, dodged, and swerved without giving a clear answer to such a simple, all-important question.

If the Church in America is to see another great, national spiritual awakening, she must bow before God and say “Yes” to His moral government. It is not enough to acknowledge that God exists. Even fools and demons do that. James 2:19 says, You believe there is one God. You do well. Even the demons believe—and tremble!

It is time for the Church in America to say “Yes” to God.

Dr. Eddie Hyatt is the author of numerous books including 1726: The Year that Defined America, which documents how a Great Awakening in Colonial America had a direct bearing on both the founding of this nation and the ending of slavery on this continent. His books are available on Amazon and his website at www.eddiehyatt.com.