WHY EVERY AMERICAN FOUNDER WOULD EXIT THE MODERN DEMOCRAT PARTY 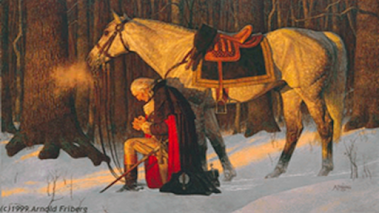 In 2019 the Democrat National Committee (DNC) unanimously passed a resolution affirming atheism and declaring that neither Christianity or any religion is necessary for morality and patriotism. With this embrace of atheism and moral relativism, the Democrat party severed ties with America’s founders.

There was not a single atheist among America’s founders. Although some had questions concerning certain components of Christian doctrine, all believed that only Christianity provided the spiritual, moral, and philosophical underpinnings for a stable and prosperous nation.

If alive today, every American founder, from George Washington to Thomas Jefferson, would exit the Democrat party.

In his Farewell Address, after serving two terms as the nation’s first president, George Washington warned against the very direction being taken by the Democrat Party. He counselled the young nation to guard against separating freedom from faith and supposing that national morality could be maintained apart from Christian truth. He said,

Of all the dispositions and habits which lead to political prosperity, religion and morality are indispensable supports. And let us with caution indulge the supposition that morality can be maintained without religion [Christianity]. Whatever may be conceded to the influence of refined education on minds of peculiar structure, reason and experience both forbid us to expect that national morality can prevail in exclusion of religious principle (Hyatt, 1726: The Year that Defined America, 165).

When the founders use the word “religion,” they are speaking of Christianity; and notice that Washington says that Christianity and morality are not something to be “tolerated” in the new nation, but are “indispensable” for the nation’s success.

We have no government armed with power capable of contending with human passions unbridled by morality and religion . . .. Our Constitution was made only for a moral and religious [Christian] people. It is wholly inadequate to the government of any other (Hyatt, 1726: The Year that Defined America, 168).

In a letter to his cousin, Zabdiel Adams, a minister of the Gospel, Adams exhorted him concerning his vital role in the new nation. He wrote,

Statesmen, my dear Sir, may plan and speculate for Liberty, but it is Religion and Morality alone, which can establish the Principles upon which Freedom can securely stand (Hyatt, 1726: The Year that Defined America, 164-65).)

It is obvious that John Adams would be completely out of sync with the modern Democrat party and its embrace of atheism. There is no question that if alive today he would join Washington in exiting the Democrat party.

This belief in the power of Christian morality is why Thomas Jefferson included the teaching of Christianity in a federal treaty he negotiated with the Kaskaskia Indian Tribe. This treaty stipulated, among other things, that federal funds be made available to pay for a Christian missionary to work with this tribe and for the building of a Christian church in which they could worship (Hyatt, 1726: The Year that Defined America, 149).

Jefferson demonstrated his high regard for Jesus Christ by closing all presidential documents with the words, “In the year of our Lord Christ.” He also said, “Of all the systems of morality that have come under my observations, none appear to me so pure as that of Jesus.”

Yes, Jefferson believed Christian morality to be necessary for a stable and peaceful society. If alive today, he would join Washington and Adams in exiting the Democrat party and its embrace of atheism, secularism, and moral relativism.

Benjamin Franklin, considered one of the most nonreligious of America’s founders, returned to his Puritan/Christian upbringing through his close friendship with George Whitefield, the most famous preacher of the Great Awakening. As a result, he was in complete agreement that Christian morality was necessary for restraining the worst in human nature and society.

This was made clear in his letter to the well-known Deist, Thomas Paine, in response to a manuscript Paine had sent him in which he challenged the idea of a prayer-answering God and other aspects of orthodox Christianity. Franklin refused to print the book, and in strong language, urged Paine not even to allow anyone else to see it. He wrote,

I would advise you, therefore . . . to burn this piece before it is seen by any other person; whereby you will save yourself a great deal of mortification by the enemies it may raise against you, and perhaps a good deal of regret and repentance. If men are so wicked with religion [Christianity], what would they be if without it (Hyatt, 1726: The Year that Defined America, 138).

On June 28, 1787, the Constitutional Convention was about to be suspended because of unresolved dissension. Franklin, now 81 years of age, rose to his feet and addressed George Washington, the Convention’s President, with these words,

How has it happened, sir, that we have not hitherto once thought of humbly appealing to the Father of lights to illuminate our understandings? In the beginning of the contest with Great Britain, when we were sensible to danger, we had daily prayers in this room for Divine protection. Our prayers, sir, were heard and they were graciously answered. I have lived, sir, a long time and the longer I live, the more convincing proofs I see of this truth—that God governs in the affairs of men. And if a sparrow cannot fall to the ground without his notice, is it probable that an empire can rise without His aid? We have been assured, sir, in the sacred writings that except the Lord build the house, they labor in vain that build it. I firmly believe this. I therefore beg leave to move that, henceforth, prayers imploring the assistance of heaven and its blessing on our deliberation be held in this assembly every morning before we proceed to business (Hyatt, 1726:The Year that Defined America, 141-42).

Like the other founders, Franklin would have nothing to do with the modern Democrat party and its rejection of God and the teachings of Christianity.

Yes, faith and freedom were married in the thinking of America’s founding generation. Civil liberty, they believed, could not exist apart from Christian morality. Benjamin Rush, a member of the Continental Congress and signer of the Declaration of Independence, also made this clear when he declared,

The only foundation for a republic is to be laid in Religion [Christianity]. Without this there can be no liberty, and liberty is the object and life of all republican governments (Hyatt, 1726: The Year that Defined America, 163).

Can you see it? A mass exodus of the founding fathers from the atheistic Democrat party. If we value the principles and freedoms on which our nation was founded, we should be following them as quickly as possible.

This article is derived from Dr. Eddie Hyatt's book, 1726: The Year that Defined America, available from Amazon and his website at www.eddiehyatt.com. Eddie is also the founder of the "1726 Project," dedicated to educating the American populace about this nation's overt Christian origins out of the Great Awakening.