HUMILITY: THE MISSING INGREDIENT IN OUR QUEST FOR ANOTHER GREAT AWAKENING 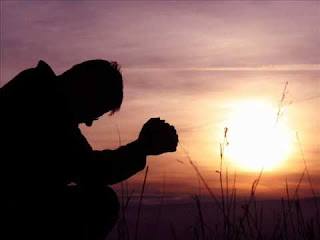 “What lack I yet?” was the question the rich young ruler asked Jesus, after declaring that he had kept all the commandments (Matthew 19:20). Jesus gave him an answer he did not like, and he went away sorrowful.

This is confirmed by the fact that in the conditions listed for a national healing in II Chronicles 7:14, humility comes first. God said, If My people who are called by name will humble themselves . . ..

Signs of Pride in the Modern Church

The opposite of humility is pride. The middle letter of pride is “I” and in pride the “I” or ego becomes central and we look for ways to lift ourselves in the eyes of our contemporaries. Pride has many symptoms but one of the most obvious is an unhealthy love of titles.

I will never forget picking up a Christian tabloid in a large metro area on the east coast where I was ministering. As I turned the pages, I was astounded at all the bishops, archbishops, prelates, apostles, covering-apostles, presiding-apostles, jurisdictional-apostles, etc. One person even had a full-page ad filled with a large photo of herself with a caption underneath that read, “Her Super Eminence, Apostle ___.”

But all their works they do to be seen of men. They love the best places at feasts, the best seats in the synagogues, and to be called by men “Rabbi, Rabbi.” But you, do not be called “Rabbi” for One is your Teacher, the Christ and you are all brethren. Do not call anyone on earth “father,” for One is your Father, He who is in heaven. (Matthew 23:6-9).

The Call to Humility in the Founding of America

In the many calls to prayer before and after the First Great Awakening, the word “humiliation” was almost always used. For example, the Continental Congress proclaimed December 11, 1776 as a day of “solemn fasting and humiliation” in which all Americans were admonished to plead with God for His assistance in their fight for freedom (Hyatt, 1726: The Year thatDefined America, 116).

By humiliation, they did not mean a groveling or self-flagellation, but an acknowledgement of their own human inadequacy and their desperate need for God’s assistance. This is how they understood Matthew 5:3, Blessed are the poor in spirit, for theirs is the kingdom of heaven.

This attitude of humility carried over into the founding of the nation and in Article I, Section 9 of the U.S. Constitution the founders forbade the granting of honorific titles of nobility by the U.S. government. They also forbade any government employee from receiving an honorific title from a foreign government without the consent of Congress.

Is there not a lesson here for the church?

Humility and the Azusa Street Revival

The leaders of the Azusa Street Revival understood the importance of this Christian virtue and exhibited a humility seldom seen in the modern church. This, no doubt, is a major reason God used them to change the course of church and world history.

Meeting in a dilapidated old building that had most recently been used as a stable and a warehouse, the attendees sat on rough board benches with no backs. There was no raised platform and no special, reserved seating. Everyone was on the same level.

The pulpit was a stack of wooden shoe boxes. William Seymour, the recognized leader of the revival, spent most of his time sitting behind the pulpit with his head inside the top shoe box in prayer. There was no pretense or show and the leaders made clear that such would not be tolerated.

The December 1906 issue of the Apostolic Faith, the official publication of the revival, carried a rebuke of two of the most famous charismatic ministers of the day, John Alexander Dowie and Frank Sanford, who had exalted themselves as special end-time apostles and prophets. Conerning the revival they were enjoying, the leaders at Azusa wrote,

There is no pope, Doweism, or Sanfordism, but we are all little children knowing only Jesus and Him crucified. This work is carried on by the people of Los Angeles that God has united by the precious blood of our Lord Jesus Christ and the power of the Holy Spirit.

From this humble setting a revival swept the world and changed the course of the church and world history.

A Lesson from the Healing Revivals

Gordon Lindsay, one of the most prominent leaders of the divine healing revivals of the 1940s-50s, declared, "As one rises higher and higher in spiritual power and blessing . . . he must ever seek to become lower and lower and lower and lower." This statement was born out of his observation of the tragic collapse of the lives and ministries of several men who had been powerfully used of God in healing and deliverance ministries.

In each case, Satan’s door of entry into the person’s life seems to have been an inflated idea of his own importance. Instead of humbling themselves before God, they became enamored with their own success. And instead of moving on to greater displays of God’s glory and power, they were brought down because of their pride and arrogance. 1 Peter 5:5 says, God resists the proud, but gives grace to the humble.

Bowing Down Before the Lord

In 1999, I sat in a "Revival Now" conference and experienced an overwhelming urge to bow down before the Lord. I struggled with this, for no one else was bowing down. In fact, people were going forward and standing in a long line as they waited to receive prayer from the pastor and guest speaker.

Bowing down is an outward expression of humility and as this urge continued, I finally turned and bowed at my seat. As soon as my knees touched the floor, I heard the Holy Spirit speaking in a very vivid manner. He said,

I am going to be doing some incredible things in the days ahead, and when you see My power and My glory, this is to always be your posture. You are to bow down and acknowledge that I Am the Sovereign Lord of this universe.

It is Time For Us to Humble Ourselves

Yes, I am convinced that Biblical humility is the missing ingredient in our prayers for another Great Awakening. Let us, therefore, humble ourselves before the Lord. Let us acknowledge our complete inadequacy apart from Him. Let us acknowledge how desperately we need Him at this time in our history.

Dr. Eddie Hyatt has a long history as a pastor, revivalist, and professor of theology. His book, 1726: The Year that Defined America, documents how the Great Awakening had a direct bearing on both the founding of America and the abolition of slavery on this continent. His books are available from Amazon and his website at www.eddiehyatt.com.
Posted by Eddie Hyatt at 1:02 PM