THE PILGRIMS TRIED SOCIALISM AND IT ALMOST DESTROYED THEM 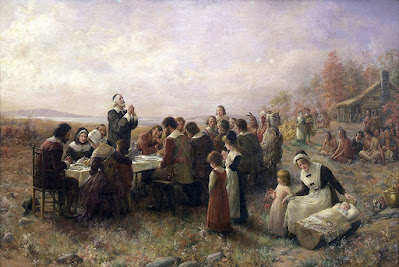 Before the Soviet Union, Cuba, and Venezuela, socialism was tried right here on American soil and utterly failed. The Pilgrims, who established the first permanent English settlement in New England in the fall of 1620, at first attempted a socialist style of living. They disbanded it, however, when it became obvious that their community could not survive with such a system.

Socialism Forced on Them

The Pilgrim’s journey to America was funded by a group of venture capitalists who provided the ship and supplies for their journey to the New World. In return, the Pilgrims agreed to live communally with everyone receiving the same recompense for their work, and with everything above their necessities going into a common fund to be used to pay their creditors.

In other words, there was no inequality. Income produced by farming, fishing, and fur trading would be spread around and evenly divided among members of the community. There would be only one economic class of people in this system.

William Bradford, who served as governor of Plymouth for many years, told of the challenges of this socialist system and how it almost destroyed their community (Hyatt, The Pilgrims, 52).

Under this socialist system, everyone received the same recompense for their work. No matter how hard, or how little, they worked, all received the same income. With no reward tied to their labor, initiative was destroyed, and everyone put forth their least effort.

Young men, Bradford said, resented getting paid the same as older men when they did so much more of the work. As a result, they tended to slouch and slack since they knew they would receive the same no matter how hard they worked.

Knowing they would receive the same no matter how hard or how little they worked, the women often refused go to the fields to work, complaining of sickness and headaches. To have compelled them to go, Bradford said, would have been considered tyranny and oppression.

With no individual reward tied to their innovation and labor, everyone gave their least effort. Irresponsibility became obvious throughout the community and many became gripped with a sense of hopelessness.

This socialist system led to a widespread sense of hopelessness. With everyone locked into a closed economic system, there was nothing individuals or families could do to improve their personal lot. Feeling caught in a trap, bickering and strife began to emerge.

This sense of hopelessness and the ensuing strife drained energy and discouraged innovative thinking and led to very serious complications for the community.

Bradford believed that socialism did not work because it runs counter to human nature as created by God. In Scripture, God rewards individuals for their labor and good works. Capitalism works because it is compatible with the reality of human nature and the world in which we live.

I will never forget visiting eastern Europe shortly after the fall of the Soviet Empire. I was struck by the grey, drab environment. Even the buildings seemed so plain, flat and lackluster.

It was obvious that the Marxist system had robbed the people of life, energy and creativity. I am here reminded of the words of Winston Churchill, “Those who do not learn from history, are doomed to repeat it.”

To Survive, They Had to Change

When it became obvious that lack and perhaps starvation would be their lot, Bradford and the leaders of the colony decided to make a change. After much prayer and discussion, they dispensed with that part of the agreement with their creditors that required them to live communally until their debt was paid. In its place, they implemented a free entrepreneurial system that included private ownership of property (Hyatt, The Pilgrims, 52-53).

They Experience the Blessing of Free Enterprise

According to Bradford, they divided the land around them, allotting to each family a certain portion that would be theirs to work and use for their own needs. Bradford said there was an immediate change. The young men began to work much harder because they now knew they would eat the fruit of their own labors.

There were no more complaints from the older men for the same reason. And now the women were seen going into the fields to work, taking the children with them, because they knew they and their family would personally benefit.

Instead of lacking food, each family now grew more food than they needed, and they began to trade with one another for furnishings, clothes and other goods. They also had enough excess to trade with the Indians for furs and other items. In short, the colony began to prosper when they got rid of their socialist form of government and implemented a free, entrepreneurial system.

Of their experience with socialism, Bradford wrote;

This community [socialism] was found to breed much confusion and discontent and retard much employment that would have been to their benefit and comfort . . . and showed the vanity of that conceit of Plato’s, and applauded by some of later times, that the taking away of property and bringing in community into a commonwealth would make them happy and flourishing; as if they were wiser than God (Hyatt, The Pilgrims, 53-54).

As Christians, our responsibility is to call people to Christ and help them live out their Christianity in the real world. Living out our Christianity means a life of responsibility, not looking for government hand-outs but working and prospering in a way that we can give a hand-up to those in need.

We desire the best for the greatest number of people which is why we must reject the contemporary vision of a government-mandated socialist system in America.

This article was derived from Dr. Eddie Hyatt’s books, 1726: The Year that Defined America and The Pilgrims, both available from Amazon and his website at www.eddiehyatt.com.