HOW THE U.S. CONGRESS DEFIED JESUS AND "PUT ASUNDER" HIS MODEL OF MARRIAGE 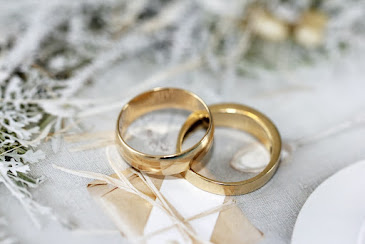 The U.S. Congress and President Joe Biden just defied both Scripture and Jesus with their so-called "Respect for Marriage act, which gave legislative force to same-sex marriage and put religious liberty in jeopardy. In doing so they ignored thousands of years of marriage as defined by our Creator, and affirmed by Jesus in Matthew 19. Concerning this original model of marriage Jesus also warned, let not man put asunder (Matthew 19:6).

Jesus’ clear statement on marriage emerges in a conversation with the Pharisees about marriage and divorce in Matthew 19. In this discussion, Jesus keeps pointing them back to marriage as it was, at the beginning, before the Fall of Genesis 3 and the entry of sin into the world. He obviously sees in the Genesis account of creation the Divine model for marriage.

In the Genesis account, God created a man (Adam) and from his side created a woman (Eve). He then brought the woman to the man, and she became his companion, equal partner, and wife. Jesus points out that this original marriage was between a male and female, saying, Have you not read that He who made them at the beginning “made them male and female?”

The Genesis writer sums up this account of the first marriage by saying, Therefore a man shall leave his father and mother and be joined to his wife, and they shall become one flesh (Genesis 2:24). He thus makes clear that the marriage of our first parents is the model to be followed by succeeding generations.

In His discussion on marriage, Jesus quotes Genesis 2:24 and then adds, Therefore, what God has joined together, let not man separate; or as the KJV reads, “put asunder” (Matthew 19:6).

The Greek scholar, Marvin A Vincent, points out that the grammatical structure of Jesus’ words indicate that He is referring to marriage as instituted by God, not a particular marriage. The noted British New Testament scholar, F.F. Bruce, agrees, saying that Jesus is not here saying that every marriage is made in heaven but that “marriage itself is made in heaven” (Bruce, The Hard Sayings of Jesus, 58).

The Creator’s Manual for Marriage and Life

In this passage, Jesus is saying that marriage, as instituted by God, between one woman and one man, is not to be abrogated or “put asunder” by any human court or institution. If we do so,  it is to our own hurt, for the commands, guidelines, and patterns given to us by our Creator are for our good.

And so it is with our Creator’s Manual concerning marriage and morality. The more modern culture ignores those instructions and tears down the nuclear family and godly marriage, the more death and chaos we will see on our streets, in our homes, and in society in general. We have no one to blame but ourselves.

God takes no pleasure in seeing humanity self-destruct. In the time of Isaiah, Israel had turned away from Him and the people were experiencing the painful consequences of their apostasy. Like a parent grieving over the suffering of a wayward son or daughter, God lamented, If only you had paid attention to my commands, your peace would have been like a river, your well-being like the waves of the sea (Isaiah 48:18).

The Way Forward from Here

Pastors, teachers, and preachers in America must begin boldly, and in love, teaching and preaching the truth to this generation. Only the truth will make us a truly free people, as Jesus said in John 8:31-32.

We must also pray for another Great Awakening to sweep across this land. Such an Awakening is a powerful work of the Holy Spirit awakening hearts and minds to the truth and reality that is in Jesus.

As documented in my book, America’s Revival Heritage, at least four such Awakenings have come at critical times in our nation’s history and saved her from certain ruin by returning the hearts of the masses back to Him. God says it can happen again, If My people . . . (II Chrn. 7:14).

Dr. Eddie Hyatt is an author, Bible teacher, and revivalist with a passion to see America return to her founding principles of faith and freedom. His books on revival and other Biblical themes are available from Amazon and his website at http://eddiehyatt.com.