THE VIRGIN BIRTH CONFIRMED BY AN AGNOSTIC ARCHAEOLOGIST 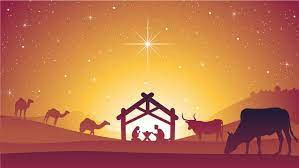 Of all the Gospels, Luke gives the most detailed account of the Nativity and mentions Mary 12 times, more than any other biblical writer. At the beginning of His Gospel, Luke states that he has “carefully investigated” the things about which he is writing, including the virgin birth.

He also says that he has utilized eyewitness accounts of the events described. Indeed, the detail Luke presents about the virgin birth does indicate that he has derived his information from a primary source, either Mary herself or someone to whom Mary had relayed the intimate details of the event.

An Agnostic Archaeologist is Convinced

Luke's status as a world-class historian, accurate in even the smallest details, was confirmed by the agnostic archaeologist and Oxford professor, Sir William Ramsay. Considered one of the greatest archaeologists of all time, Ramsay thought he would scientifically discredit Luke's accounts by visiting and examining the places mentioned in his account of Paul’s travels in Acts.

Ramsay was a product of the skeptical, German higher criticism of the 19th century, and he taught that the New Testament is an unreliable religious treatise written in the mid-second century by individuals far removed from the events described. According to his theorizing at the time, Luke’s works could not be trusted.

However, after doing the hard work of scientific investigation, Ramsay completely changed his thinking. After years of retracing Luke's account of Paul's travels and doing archaeological excavations along the way, Ramsay completely reversed his view of the Bible and first-century history.

Ramsay became convinced that Acts was written in the first century by the traditional author, and he acquired a very high regard for Luke as a historian. He discovered that in every case where the critics had said Luke was wrong, Luke turned out to be right. He wrote,

Luke is a historian of the first rank; not merely are his statements of fact trustworthy, he is possessed of the true historic sense; in short, this author should be placed along with the greatest of historians.

Over the next 20 years, Ramsay published other volumes showing how he discovered Luke to be accurate in the tiniest details of his accounts. In his book, The Bearing of Recent Discovery on the Trustworthiness of the New Testament, he wrote,

You may press the words of Luke in a degree beyond any other historian's and they stand the keenest scrutiny and the hardest treatment.

The famous historian, A.N. Sherwin-White, carefully examined Luke’s references to 32 countries, 54 cities, and nine islands, finding not a single mistake. The noted New Testament scholar, F.F. Bruce, noted that where Luke has been suspected of inaccuracy by modern critics, archaeology has again and again proven Luke to be right and the critics wrong.

Our Faith Confirmed by Facts

Indeed, we are infused with confidence when we remember Luke's opening statement in his Gospel that he has "carefully investigated" everything he is writing about so that his readers can know the "certainty" of the things described, including the virgin birth.

This article is derived from the book, Christmas is for Real, by Dr. Eddie L. Hyatt and is available from Amazon and his website at www.eddiehhyatt.com.