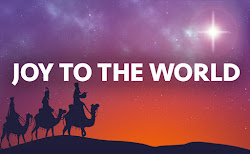 But this past week I talked with a Christian brother who informed me that he and his church do not celebrate Christmas. The reason he gave was that December 25 was originally an ancient pagan holiday.

I consider this a lame excuse and one that does not recognize the redeeming power of our Lord. Does not Jesus take poor hell-bound sinners, redeem their lives, and make them His witnesses and instruments of his grace? Can He not do the same with a pagan holiday?

Indeed, when church officials at the end of the 3rd century settled on December 25th as the date to celebrate Christ’s birth (the exact day is not known), they probably chose that date to confront and redeem pagan holidays that on that day honored Saturn, the Roman god of agriculture, and Mithra, the Persian god of light.

I have a Gibson Dove guitar that was bought by a friend in a yard sale. It was a pitiful sight with a broken neck and strings broken and twisted. Who knows? Maybe it was owned by a drug-infested, hard rock group and got broken in a barroom brawl.

It doesn’t matter! That guitar is now restored, redeemed, and used for the honor and glory of God. Its past has no bearing on its present. Any curse has been swallowed up in God’s redemptive grace.

A greater threat to Christmas is the modern secularization of the holiday that seeks to eliminate the word "Christmas" altogether and make it the "Winter Holiday." Anti-Christian forces are seeking to empty December 25 of all religious content, including the birth of Christ, and transform it into a godless, secular holiday.

Early Christians redeemed December 25 from paganism and we must redeem it from this modern, woke secularist culture. We do this by making our voices heard, and in all kinds of creative ways reminding this world that Christmas represents the entry of God into this world to redeem fallen humanity.

Charles Wesley did this in his magnificent hymn, “Hark the Herald Angels Sing,” which he was inspired to write by the sound of London church bells while walking to church one Christmas day. He wrote,

Glory to the newborn king.

Peace on earth and mercy mild,

Join the triumph of the skies.

Christ is born in Bethlehem.

Dr. Eddie Hyatt is an author and ordained minister with over 50 years of ministerial service as a pastor, teacher, revivalist, and professor of theology. His books are available from Amazon and his website at www.eddiehyatt.com.