CONTENDING FOR A MORE PURE FLOW OF PROPHETIC MINISTRY 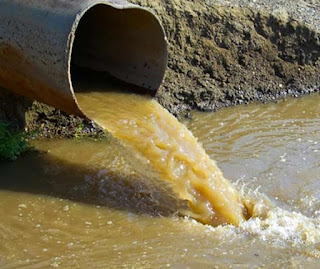 Sue and I once stopped for the night in Pennsylvania coal country. I turned on the water to take a bath and it came out very dark. The water source was pure, but the pipes through which the water flowed were tainted with coal dust.

This, of course, is why prophetic ministry is so tenuous. It is why we are instructed in Scritpure to “test the spirits” and to “judge” prophetic utterances.

In this article, I am adressing 3 popular misconceptions that dirty the flow of prophetic ministry. I believe they contributed to so many “prophets” getting it wrong about the 2020 presidential election. Although we will never be “perfect” in our prophetic giftings, correcting these misconceptions can help us move in a more pure flow of the Holy Spirit and His gifts.

The New Testament gift of prophecy is not a gift to predict the future. It is not a fortunetelling gift. It is a spontaneous manifestation of the Holy Spirit giving the ability to speak forth the heart and mind and God to a particular situation or circumstance. It is about “forthtelling,” not “foretelling” (Hyatt, Prophets and Prophecy, 13).

In the Old Testament, we find God raising up prophets especially during times of apostasy and idolatry. The messages of the prophets were messages of repentance, calling the people to turn from their idols and return to their God.  After Israel went into captivity because of her sins, the writer of II Kings said,

The LORD warned Judah and Israel though all His prophets and seers: “Turn from your evil ways. Observe My commands and decrees, in accordance with the entire Law that I commanded your ancestors to obey . . .” (II Kings 17:13).

If speaking the heart and mind of God was characteristic of Old Testament prophecy, it is even more so in the New Testament. I Corinthains 14:3 says that prophecy is given for edification, exhortation, and comfort. It is given to affirm and encourage, as Paul says in I Corinthians 14:32. Although there can be a future element to prophecy, it is never given to satisfy human curiosity about the future.

An added dimension of New Testament prophecy is the centrality of Christ in its operation. In John 16:14, Jesus said that when the Holy Spirit had come, He will glorify Me, and Revelation 19:10 says, The spirit of prophecy is the testimony of Jesus.

Those who become preoccupied with predicting the future have moved away from New Testament prophetic ministry and closer to pagan psychics and fortunetellers. It is possible that so many “prophets” got it wrong about the 2020 election because they ministered with this misconception that they had a gift to predict the future.

Those who think they can prophesy at their own discretion—when and where they choose—inevitably give false and misleading prophecies out of their own mind and imaginations. The New Testament is clear that the miraculous gifts of the Spirit, including prophecy, come forth as the Spirit wills, not as we will (I Corinthians 12:11).

A “prophet” gave me a word concerning my “little brother,” about whom he said I was very concerned. He said there was no need for my concern for God had revealed to him that my little brother would be saved. There was just one big problem with his prophecy. I do not have a little brother.

This person was sincere but had been deceived into thinking that he had a gift of prophecy that he could operate at his own initiative. It resulted in him giving many prophecies out of his own human feelings, thoughts, and impressions.

In I Corinthians 12:7, Paul uses the Greek word phanerosis, translated as “manifestation,” to describe Spiritual gifts, including prophecy. It literally means “a shining forth” and refers to something that has been hidden being brought out into the open. Spiritual gifts are “manifestations” of the Spirit.

My wife, Sue, and I have personally seen these gifts manifest at the most unexpected times and in the most unusual places. For example, we once sat down in a strange restaurant in a strange city where we had agreed to meet the pastor of the church where we would be ministering that week.

When he finally came in and sat down, Sue burst forth with a message in tongues. I had the interpretation, which was a prophetic word for this pastor. He was amazed and asked permission to share what had just happened to the members of his church board with whom he was meeting after our meal. He said the prophetic message precisely confirmed a challenging proposal he was going to submit to them that day.

We did not plan that nor could we ever duplicate it. We cannot use the Holy Spirit; we can only allow Him to use us. The key is to nurture a sensitivity to the Holy Spirit, avoid grieving Him with unseemly words and behavior, and be ready to respond to His most gentle promptings.

America's founders understood the inherent dangers of handing out honorific titles. In Article I, Section 9 of the U.S. Constitution, they forbade the American government from granting honorific titles of nobility to anyone and forbade anyone holding a governement office from accepting a a title or office from a foreign state without the consent of Congress.

Honorific titles can lead to pride and give individuals an inflated idea of their importance. The Bible continually warns against pride and reminds us that it was pride that led to the downfall of Satan. I once heard the Holy Spirit say to me, while ministering in a prophetic church, "The stronghold of deception is pride."

This is why the early church avoided titles, and is why you will never see anyone in the NT with a title in front of their name. Although certain individuals, such as Agabus, are referred to as prophets, they are never called “Prophet Agabus.” In a similar way, Luke mentions Paul by name more than 120 times and not once does he say, “Apostle Paul,” but merely “Paul.” In 2 Peter 3:14, Peter refers to our beloved brother Paul. In Rev. 1:9, John the apostle, in his letter to the churches, refers to himself as your brother and companion in tribulation.

This obvious avoidance of titles is understandable in light of the words of Jesus in Matthew 23:6-12 where He warned His disciples about adopting titles that would lift them above their fellow believers. He said,

In the Old Testament, God raised up prophets to be his mouthpiece to His people, but on the Day of Pentecost, a prophetic community came into existence. In the New Testament Church all believers are expected to be filled with the Holy Spirit. All have the potential to hear God and to function prophetically.

In the New Testament, there is no indication of an elite group of prophets who hear God for the rest of the church. Dr. Gordon Fee is, therefore, correct when he says that those who are referred to as “prophets” in the New Testament are merely those who prophesy more than the other members of the prophetic community (Hyatt, Prophets and Prophecy, 108),

Robert Morris, Founder and Senior Pastor of Gateway Church, obviously understands this. He told of an individual telling him that he needed a “prophet” on his staff. Morris said he replied, “I don’t need a prophet; I have the Holy Spirit.”

Jesus said the reason His followers should avoid titles is that you are all brethren. I can see the benefit of titles in a church or ministry organization to help people understand the various functions and roles, but the adoption of titles for no other reason but to give status and prestige goes against the spirit of the Gospel and is a violation of the teachings of Jesus.

God has promised that in the last days He will pour out His Sprit on all flesh with sons and daughters prophesying (Acts 2:17). Prophecy, however, is a cooperation between the human and the Divine, which is why it is tenuous and must be tested and evaluated. Dealing with the above misconceptions can help us be more finely tuned vessels through which the Holy Spirit can flow with His gifts, resulting in a more pure flow of the Holy Spirit in the days ahead.

This article is derived from Dr. Eddie Hyatt's latest book, Prophets and Prophecy, available from Amazon and his website at www.eddiehyatt.com. He is also the author of the strategic and timely book, 1726: The Year that Defined America, which documents how America was defined by 1726 rather than 1619.