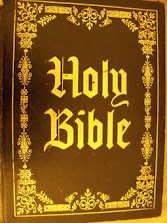 The rejection of America’s Christian roots was on full display recently when, on the floor of the House of Representatives, Jerry Nadler (D-NY), chariman of the House Judiciary Committee, sternly rebuked Greg Steube (R-FL) for daring to read from the Bible during a debate on transgender issues. “Mr. Steube," he pointedly said, "What any religious tradition describes as God's will is no concern of this Congress."

Nadler’s attitude is typical of a cultural shift in America wherein the Bible, once revered, is now dismissed and demeaned. It is a sharp departure from America’s founding generation where the Bible was read and revered by all classes whether rich or poor, slave or free, aristocrat or peasant.

The Most Read Book in Early America

The Bible was, in fact, the most popular book in America at the time of its founding. America’s founding generation found in the pages of the Bible its moral compass, its guide for ethics, and its Christian worldview.

A 1982 article in Newsweek magazine, entitled “How the Bible Made America,” made this point in vivid fashion. The authors wrote,

For centuries, the Bible has exerted an unrivaled influence on American culture, politics, and social life. Now historians are discovering that the Bible, perhaps even more than the Constitution, is our founding document: the source of the powerful myth of the United States as a special, sacred nation, a people called by God to establish a model of society, a beacon to the world (Hyatt, 1726: The Year that Defined America, 7).

Andrew Jackson, America’s 7th president, understood this. He once gestured toward a Bible and declared, “That book, sir, is the rock on which our Republic rests.”

The Bible and America’s Origins

The first immigrants to these shores held the Bible in high esteem. The Pilgrims, and the Puritans who followed them, would be the first to admit that they often fell short of the teachings of Jesus and the New Testament, but at least they acknowledged that this was the standard toward which all should strive.

In the Great Awakening (1726-70), the American populace was reawakened to the Bible as the ultimate guide for faith, morals, and life. Awakening preachers, such as Jonathan Edwards, George Whitefield, and Richard Allen used the Bible to call the masses to absolute faith in Jesus Christ and a lifestyle patterned on His teachings.

It is, therefore, no surprise that when the First Continental Congress met on September 5, 1774, they opened with an extended time of Bible reading and prayer. Rev. Jacob Dusche, who became their chaplain, began by reading the entire 35th Psalm to the assembled delegates, which included George Washington, John Adams, Samuel Adams, Patrick Henry, Richard Henry Lee, and others.

As he read, a tangible sense of God’s presence seemed to fill the room. John Adams wrote to his wife, Abigail, of the impact of the Bible reading. He said,

It was enough to melt a heart of stone. I never saw a greater effect upon an audience. It seems as if heaven had ordained that Psalm to be read that day. I saw tears gush into the eyes of the old, grave pacific Quakers of Philadelphia. I must beg you to read that Psalm (Hyatt, 1726: The Year that Defined America, 108).

The Bible Provided the Moral Basis for the Abolition of Slavery

At a time when slavery was accepted and practiced in Africa, Asia, the Middle East, and throughout the world, it was the Bible that provided the moral arguments that brought slavery to an end in America.

For example, one of America’s most prominent founding fathers, Benjamin Rush, exhorted the pastors and ministers of America to take a bold stand against slavery, saying, “Slavery is a Hydra sin that includes in it every violation of the precepts of the Law and the Gospels” (Hyatt, 1726: The Year that Defined America, 101).

George Washington was an avid reader of the Bible and considered it his ultimate guide for life. It was arguments from the Bible that turned him against slavery and caused him to set up a compassionate program to completely disentangle Mt. Vernon from the institution. It was the Bible that caused him to say concerning the abolition of slavery,

Not only do I pray for it on the score of human dignity, but I can clearly see that nothing by the rooting out of slavery can perpetuate the existence of our nation by consolidating it in a common bond of principle (Hyatt, 1726: The Year that Defined America, 147).

Washington’s love for the Bible was affirmed by his nephew, Robert Lewis, who served as his secretary and lived with him while he was president. Lewis said that he had accidentally witnessed Washington’s private devotions in his library both morning and evening and that on those occasions he had seen him in a kneeling posture with a Bible open before him, and that he believed such to have been his daily practice.

It was, therefore, no mere formality when Washington insisted on taking the first presidential oath of office with his hand on a Bible. It was a declaration on his part that the Bible would be the ultimate source of wisdom and guidance for his administration. It is reported that he once said, “It is impossible to rightly govern the world without God and the Bible.”

Founders Respect for the Bible

The founders respect for the Bible was verified in a ten-year project to discover where they got their ideas for America’s founding documents. Although they quoted ancient writers of Greece and Rome and contemporary writers of the Enlightenment, the study found that, by far, the single most cited authority in their writings was the Bible.

The Bible was the lens through which they interpreted everything they read and studied. The well-known Catholic scholar, William Novak, has said,

The Founders’ respect for the Bible was also highlighted by their endorsement of the first English Bible printed in America in 1782. The producer of the Bible, Robert Aitken, had written a letter to Congress in which he asked for that government body’s sanction of his work. In the letter, Aitken called this Bible, “a neat Edition of the Scriptures for the use in schools.”

Congress enthusiastically responded to his request and offered the following recommendation to be included in this first English Bible printed in America.

Resolved: That the United States in Congress assembled, highly approve the pious and laudable undertaking of Mr. Aitken, as subservient to the interest of religion as well as an instance of the progress of the arts in this country, and being satisfied from the above report, of his care and accuracy in the execution of the work they recommend this edition of the Bible to the inhabitants of the United States and hereby authorize him to publish this recommendation in the manner he shall think proper.

Contemporary America’s Rejection of the Bible

We cannot imagine the Congress of Nancy Pelosi, Adam Schiff, AOC, and Jerry Nadler expressing such sentiments for the Bible. But this animosity toward the Bible is not surprising in light of a bombshell resolution passed by the Democrat National Committee (DNC) in 2019. In this resolution the DNC unanimously affirmed atheism and declared that neither Christianity nor any religion is necessary for morality. In other words, “We don’t need the Bible.”

America’s educational system and the entertainment industry long ago dismissed the Bible as a legitimate guide for life and morals. Sadly, many churches have also rejected the Bible as a reliable guide to morality, especially when it comes to marriage and sexuality.

This has left the nation adrift on a sea of moral uncertainty where decisions are made based on personal feelings and subjective reasoning. With no transcendent moral guide or authority, the nation is plummeting into a cauldron of moral chaos.

With no moral North Star to guide their actions and decisions, politicians are now willing to stoop, it seems, to any low in order to gain power. They seem willing to do this even if it means destroying the Constitutional Republic of Washington, Jefferson, Madison, and Lincoln.

The Answer for America

When, in later life, Martin Luther was asked how he, an insignificant monk and professor of theology, was able to have such an impact, he replied,

I challenge you to read the sermons of Jonathan Edwards and George Whitefield, the two most prominent preachers of the Great Awakening. Their sermons were Bible based and sometimes scorching as they challenged their audiences to put their faith completely in Christ and turn away from their sins.

Let us also remember the words of Paul to Timothy in his final letter before his martyrdom in Rome. Knowing he would soon depart this life, he solemnly exhorted his young protégé, saying,

I charge you therefore before God and the Lord Jesus Christ, who will judge the living and the dead at His appearing and His kingdom. Preach the word!

This article was derived from Dr. Eddie Hyatt's book, 1726: The Year that Defined America, available from Amazon and his website at www.eddiehyatt.com. Eddie is also the founder of the "1726 Project" whose purpsoe is to inform America of its Christian roots in a great, spiritual awakening.