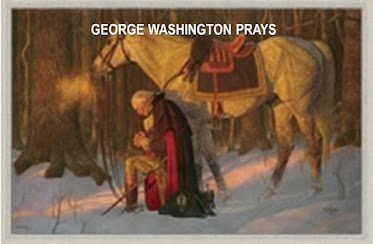 Alexander Solzhenitsyn, who spent eight years in a Soviet labor camp and observed how the Marxists sought to erase Russia’s Christian past, said,  “To destroy a people you must first sever their roots.”

Secularists have known that America’s history stands in the way of her being transformed into a socialist, godless state. This is why, for several decades, there has been all-out effort to purge America of her Christian past and reframe her as a racist, evil nation in need of “fundamental transformation.”

The truth is that America was founded by godly people with a deep sense of Divine destiny. They envisioned a land of individual and religious liberty from which the Gospel would be taken to the ends of the earth. This is obvious from many historical documents. Consider the following.

In the Mayflower Compact, the Pilgrims stated that they had come to this land for two purposes: (1) for the glory of God and (2) for the advancement of the Christian faith. Twenty-three years later, in 1643, thousands of new immigrants had arrived and many new towns had sprung up. The United Colonies of New England was formed, and the opening statement of their Constitution reflected the same vision. It reads,

Whereas we all came into these parts of America with one and the same end and aim, namely to advance the kingdom of our Lord Jesus Christ and to enjoy the Liberties of the Gospel in purity with peace (Hyatt, 1726: The Year that Defined America, 31).

A Great Awakening, beginning in 1726, revitalized the faith of the descendants of those earliest immigrants. Even Benjamin Franklin described how his hometown of Philadelphia was transformed by this awakening, and how houses on every street were filled prayer and the singing of praises to God (Hyatt, 1726:The Year that Defined America, 79).

As documented in my books, 1726 and Abolitionist Founding Fathers, this Great Awakening had a direct bearing on both the founding of America and the ending of slavery on this continent.

It is, therefore, not surprising that the First Continental Congress opened in 1774 with an extended time of Bible reading and prayer. Each succeeding session was then opened with prayer. During the Revolutionary War, no less than fifteen proclamations for days of prayer, fasting, and thanksgiving were issued by the Continental Congress.

As commander-in-chief of the American forces, George Washington ordered that each day was to begin with prayer led by the commander of each unit. He also proceeded to appoint Christian chaplains throughout the army. It was no accident that he took the very first presidential oath of office with his hand on a Bible.

Yes, America’s founding generation had a sense of Divine destiny. Many of those at the 1787 Constitutional Convention believed that God had led them in the formulation of the U.S. Constitution. This was the conviction of James Madison, the chief architect of the Constitution, who declared,

It is impossible for the man of pious reflection not to perceive in it a finger of that Almighty hand which has been so frequently and signally extended to our relief in critical stages of the Revolution (Hyatt, 1726: The Year that Defined America, 127).

That the Founders wanted Christianity to spread from America’s shores to the ends of the earth is obvious from their writings and prayers that they prayed. For example, Washington recorded a prayer in his prayer journal that reads, “Bless, O Lord, the whole race of mankind, and let the world be filled with the knowledge of Thee and Thy Son, Jesus Christ” (Hyatt, 1726: The Year that Defined America, 132).

John Hancock, President of the Second Continental Congress and signer of the Declaration of Independence, wanted the entire earth to hear the Good News of Jesus. This was made clear in a Proclamation he issued for a day of prayer and fasting while serving as governor of Massachusetts. In this 1793 Proclamation, he expressed his desire,

That with true conversion of heart we may confess our sins, resolve to forsake them, and implore the Divine forgiveness through the merits and mediation of Jesus Christ our Savior . . . and finally to overrule all the commotion in the world, to the spreading of the true religion of our Lord Jesus Christ, in its purity and power among all the people of the earth (Hyatt, 1726: TheYear that Defined America, 173).

This sense of Divine destiny was expressed by the U.S. Supreme Court in the 1892 ruling in the case of Church of the Holy Trinity vs The United States. After examining thousands of historical documents, the nation's highest Court stated,

The churches and church organizations which abound in every city, town, and hamlet; the multitude of charitable organizations existing everywhere under Christian auspices; the gigantic missionary associations, with general support, and aiming to establish Christian missions in every quarter of the globe. These, and many other matters which might be noticed, add a volume of unofficial declarations to the mass of organic utterances that this is a Christian nation ((Hyatt, 1726: The Year that Defined America, 170).

This sense of Divine destiny in the founding generation and succeeding generations has been extinguished by secularist historians who have re-written our history and severed our roots. It has also dampened hopes of another Great Awakening because in cutting us off from our past we have lost the sense of who we are as a nation and people.

This is not Christian nationalism. America’s founders had no desire to impose their faith on anyone, which is why they formulated the First Amendment. Neither do we. Nor does it mean that we think America is better than any other nation.

This is simply recognizing that God works through nations to move the flow of history in the direction of His eternal will and purpose. We simply want to recognize and acknowledge that God had a purpose in bringing forth this nation. We want to reclaim America’s Divine destiny.

Dr. Eddie Hyatt has a passion to see America return to her founding principles of faith and freedom through another national, spiritual awakening. He has written several books on the topic, including 1726: The Year that Defined America, from which this article was derived.