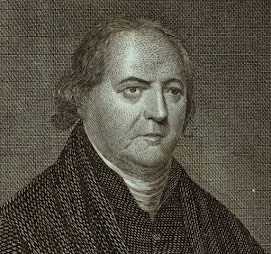 Freeborn Garrettson (1752-1827), an evangelist from Maryland, freed his slaves after hearing God speak to him supernaturally, “It is not right for you to keep your fellow creatures in bondage; you must let the oppressed go free.” He immediately informed his slaves that they belonged to God, not to him, and that he did not desire their services without giving them proper compensation.
In addition to calling sinners of all races and classes to come to Christ, Freeborn now also called for the freedom of all slaves. His preaching provoked intense opposition, especially in the South, where he was physically attacked, but he never allowed opposition to deter his mission and message.
He would go to plantations and request permission to preach to the slaves, and he saw multitudes come to Christ. Concerning a meeting with slaves in North Carolina, he wrote, “Many of their sable faces were bedewed with tears, their withered hands of faith were stretched out, and their precious souls made white in the blood of the Lamb." He did not stop with salvation, but sought also to, “Inculcate the doctrine of freedom in them.”
Freeborn would also seek to convince slaveowners that slavery is evil and sinful. This was the case at the Stokeley Sturgis plantation in Delaware where he preached to both the slaves and the Sturgis family. He was able to convince Sturgis that slavery is an abhorrent sin in the sight of God and Sturgis began making arraignments for his slaves to go free.
One of the former slaves who went out from the Sturgis plantation was Richard Allen who became a very successful evangelist to both black and white audiences, breaking down racial and cultural barriers. He founded the African Methodist Episcopal (AME) church in Philadelphia and became close friends with one of America’s most prominent Founding Fathers in that city. Allen has been called "America's Black Founding Father."
This all happened (and much more) because Freeborn heard and obeyed the voice of God. But he was just one of a large family of 2nd generation Great Awakening preachers who not only called the masses to Christ, but also attacked the institution of slavery as sinful and evil.
As documented in my book, 1726, their passionate preaching ignited an abolition movement that resulted in virtually every American founder turning against slavery at a time it was accepted and practiced in Africa, Asia, the Middle East, and most of the world. Their preaching was a direct cause of America's founding documents being colorblind, having no classifications based on race, class, ethnicity, or skin color.
Yes! Incredible things happen when people hear and obey the voice of God. Are we listening?
This article was derived from the book, 1726: The Year that Defined America, available from Amazon and Dr. Eddie Hyatt's website at www.eddiehyatt.com. Dr. Hyatt is the founder of the "1726 Project" with the mission of educating the American populace about the nation's birth out of the First Great Awakening.
Posted by Eddie Hyatt at 12:01 PM