THE ONE INDISPENSABLE KEY THAT WILL SAVE AMERICA 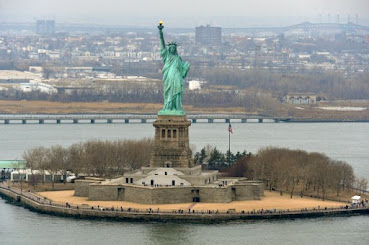 America’s Founders believed only a religious and moral people to be capable of enjoying freedom. An irreligious and amoral people, they believed, would turn freedom into lawlessness and anarchy. They agreed with William Penn, the founder of Pennsylvania, who said, "Those who will not be governed by God must be ruled by tyrants."

This is why George Washington, in his 1796 Farewell Address, urged the new nation to maintain "religion" and "morality," which he called "indispensable" supports for national prosperity. Interestingly, Washington did not see religion  as something to be "tolerated," but as something "indispensable" for the life of the nation.

In this same Address, Washington called religion and morality “those great pillars of human happiness” and he warned against indulging the supposition that morality could be had apart from religion. “Both reason and experience,” he said, “forbid us to expect that national morality can prevail in exclusion of religious principle.”

By "religion" Washington meant Christianity, and like the other Founders, he believed that only Christianity provided the intellectual and moral underpinnings for a stable and prosperous society. John Adams made this clear in a 1798 speech in which he said, “Our Constitution was made only for a moral and religious people. It is wholly inadequate for the government of any other.”

It was for this same reason that Benjamin Franklin refused to print Thomas Paine’s book, The Age of Reason, in which he attacked orthodox Christianity. After reading Paine’s manuscript, Franklin suggested that he burn it and then exclaimed, “If men are so wicked with religion, what would they be if without it” (Hyatt, 1726: The Year that Defined America, 138).

Indeed, the Founders believed that the teachings of Jesus and the New Testament would awaken the best in the human heart and be a constraining force on the baser elements of human nature. This is why Benjamin Rush, member of the Continental Congress and signer of the Declaration of Independence, declared,

The only foundation for a republic is to be laid in Religion. Without this there can be no liberty, and liberty is the object and life of all republican governments (Hyatt, 1726: The Year that Defined America, 163).

The opening clause of the First Amendment says, ” Congress shall make no law concerning the establishment of religion nor hindering the free exercise thereof.”  This was not a rejection of religion, for the day after ratifying the First Amendment, those same Founders proclaimed a national day of prayer and thanksgiving.

The First Amendment merely blocked Congress from ever establishing a European-style, official state church. The First Amendment actually created in America a free and open marketplace for the exchange and propagation of religious ideas and teachings without government interference.

The Founders believed such religious liberty to be necessary for a stable and prosperous society. Two weeks before signing the Declaration of Independence, John Adams wrote to his cousin, Zabdiel Adams, a minister of the Gospel, and said,

Statesmen, my dear Sir, may plan and speculate for Liberty, but it is Religion and Morality alone, which can establish the Principles upon which Freedom can securely stand (Hyatt, 1726:The Year that Defined America, 164).

Fast forward to 2021 and we find America rejecting the very things her Founders said would preserve her. Crosses and Christian symbols have been systematically removed from public properties. Prayer and Bible reading have been banned from public schools. In 2019 the Democrat National Committee (DNC), the party of Joe Biden and Kamala Harris, unanimously passed a resolution affirming atheism and declaring that neither Christianity nor any religion is necessary for morality or patriotism.

Can America recover from this onslaught of secularism, socialism, and amorality? It can, but it will not come through another church program, a new church order, or the next election. Only another Great Awakening will save America by restoring those "indispensable" characteristics of religion and morality identified by her Founders.

We can expect such an Awakening for it is part of our national heritage. The First Great Awakening, for example, morally transformed Colonial America, broke down regional and sectarian barriers, and prepared the 13 Colonies for statehood. The Second Great Awakening saved America from Deism and the negative influences of the French Revolution. The Great Prayer Awakening of 1857-58 sustained her through a devastating Civil War. Another Great Awakening carried America through the turbulent 1960s-70s.

For contemporary America to be saved from this present onslaught of socialism, secularism, and Marxism, another Great Awakening is a must. Such an Awakening, however, cannot be planned, strategized, and organized; it must be birthed in agonizing prayer. Such an Awakening is the "one indispensable key" that will save America, and this key is in your hands and mine.

Dr. Eddie L. Hyatt is the author of Abolitionist Founding Fathers and 1726: The Year that Defined America from which the above article has been derived. These books are available from Amazon and his website at www.eddiehyatt.com. To schedule Eddie to speak to your congregation or fellowship on this or another topic, send an email to dreddiehyatt@gmail.com.