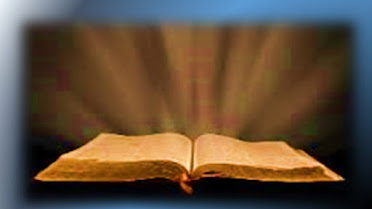 Critical Race Theory is defined by its name. For proponents of this new and novel theory, race is everything and “critical” for interpreting all of life, particularly American life. According to CRT, race is what defines you, labels you, and determines your worth and your role in society.

This, of course, is rooted in Marxist ideology, which seeks to divide and conquer by dividing people into groups—the oppressed and the oppressors—and pitting them against one another.

Classic Marxism sought to divide nations on the basis of economics, pitting the bourgeoisie (wealthy land and factory owners) against the proletariat (the peasants and laborers who did the work). By labelling these groups as the oppressed and the oppressors, and pitting them against one another, Marxists were able to gain control of nations where there was a huge gap between the rich and the poor.

Classic Marxism, however, was never able to make much headway in the United States because of the large, prosperous middle class. They, therefore, have sought for another approach for creating division and they believe they have found it in the presence of slavery and racial inequity in America’s history, which they are seeking to exploit.

To achieve their goal, Marxists also know they must convince a significant portion of the population that the America of Washington, Jefferson, and Lincoln is an evil, oppressive system that was founded on racism and slavery. Hence the attack on America’s founders, the toppling of their monuments, and the removal of their names from schools and other public buildings.

Sadly, Critical Race Theory has gained widespread acceptance among the academic and Hollywood elite and with many politicians in Washington D.C. School children are now being taught that America is an evil nation founded on white supremacy.

Critical Race Theory (CRT) is diametrically opposed to the vision of Dr. Martin Luther King, Jr. of a colorblind society where people are judged by the content of their character, not by the color of their skin. For proponents of CRT, race determines everything while character is relative and therefore meaningless.

Neither can proponents of CRT say with Dr. King that their dream is “deeply rooted in the American dream.” They, in fact, hate America. In their warped thinking, the Civil Rights Movement, led by Dr. King, was a useless, meaningless expenditure of time and energy because it did not seek to destroy the evil, American system.

Dr. King’s vision of a colorblind society was rooted in the New Testament vision that Paul articulated in Galatians 3:28. Paul’s conversion experience was so radical that he came into an entirely new value system “in Christ,” which completely undermined the old value system that judged people on the basis of race, class, and gender. Paul delineated this new value system in his letter to the Galatians. He wrote,

Paul is not saying that these distinctions of sex, race, and class, no longer exist, but that they must never be used as value judgments concerning a person’s worth or role in society. This was revolutionary in the ancient world where slavery was everywhere and affected people of all races and ethnicities.

Some New Testament scholars believe Galatians 3:27-28 was part of a baptismal formula that all baptismal candidates were required to repeat. This meant that, for those earliest disciples, this new value system was a part of the basics of what it meant to be a Christian.

The Key for Racial Harmony Today

It was this Christian value system, emphasized in the Great Awakening (1726-70), that turned much of Colonial America against slavery, including America’s founding fathers. It led to America’s founding documents being colorblind with no classifications based on race or skin color and no mention of slaves or slavery (Hyatt, Abolitionist Founding Fathers, 53-57)

This occurred at a time when slavery was accepted and practiced in most of the world. As Dr. Thomas Sowell said, “You could research all of 18th century Africa or Asia or the Middle East without finding any comparable rejection of slavery there” (Hyatt, Abolitionist Founding Fathers, 9).

Another "Great Awakening," that emphasizes the teachings of Jesus and the New Testament, would do more than anything to bring about racial and social harmony and preserve our freedoms for the next generation.

Dr. Eddie Hyatt is the author of Abolitionist Founding Fathers and 1726: The Year that Defined America, which document how a great spiritual awakening gave birth to the United States of America and sparked an abolition movement that eventually brought about the end of slavery on the American continent. These books are available from Amazon and his website at www.eddiehyatt.com.