THE BIG LESSON GOD WOULD HAVE US LEARN FROM THE PANDEMIC 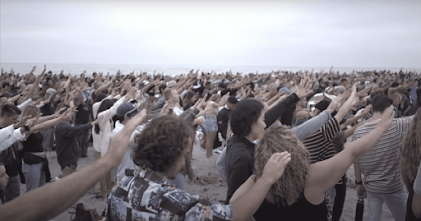 A pastor from New England, whom I had never met, invited me to speak in their Sunday morning and Sunday evening services. He said he decided to contact me after visiting a revival center and purchasing a copy of my book, 2000 Years of Charismatic Christianity. He also said his church was experiencing revival.

As I prayed over these services, I received a clear word from the Lord. I heard Him say, “I want them to take the revival outside the four walls of their church.” The passage He gave for this message was John 4:22-24, where Jesus said to the woman of Samaria,

These words of Jesus were prompted by the Samaritan woman asking Him concerning the right place to worship. The Jews and Samaritans were deeply divided over this issue with the Samaritans claiming that Mt. Gerizim, where they had built their own temple, was the God-appointed place for sacrifice and worship.

The Jews, on the other hand, insisted that their temple in Jerusalem was the God-appointed place for sacrifice and worship. So incensed were they with the Samaritan claim that in 128 b.c. a Jewish army destroyed the Samaritan temple. The Samaritans, however, still considered its ruins a sacred site and place of worship, and they outright rejected the temple and priesthood in Jerusalem.

The woman was prompted to ask this question when Jesus told her things about herself that He had no way of knowing. When he asked her to call her husband and bring him to the well where they talked, she replied, “I have no husband.”

Jesus responded by saying she had spoken the truth for she had had five husbands and the man with whom she now lived was not her husband. The woman was amazed and said, Sir, I perceive you are a prophet.

It was at this point that she decided to ask Jesus the theological question on which Jews and Samaritans were so deeply divided. Where is the right place to worship?

Jesus proceeded to tell her that the time had come when true worship could no longer be identified with a building or geographic location. Mt. Gerizim and Jerusalem were now irrelative. God is seeking those, Jesus said, who will worship Him in spirit and truth. God is Spirit, and those who worship Him must worship in spirit and truth (John 4:24).

By saying God is Spirit, Jesus was emphasizing that God is not confined to a corporeal, physical body nor to any man-made building or temple. Worship, therefore, cannot be confined to a building, a geographic location, or a certain time of the week.

Jesus made it clear that God is seeking those who will worship Him in spirit from a sincere heart, and the location is unimportant. It might be driving down the highway or working in the kitchen or a gathering on the beach as we see in the above photo.

I was recently walking through Walmart when an old hymn came to mind and I began to softly sing, The longer I serve Him the sweeter He grows. I could feel the tears welling up in my eyes as my heart overflowed with a sense of His goodness and grace. Walmart had become a place of worship for me.

They Failed the Test

Sue and I arrived at the revival church on Sunday morning as Sunday school was ending and people were filling the auditorium. The auditorium was soon packed with about 300 people.

I was excited to share with them the message I had received about Jesus’ conversation with the woman of Samaria and how He wanted them to take their revival outside the four walls of their church building.

Suddenly, someone reported that there was a strange smell coming from one of the Sunday school rooms. A fireman in the congregation rushed home and came back with an instrument for measuring such fumes. He then announced that the church should be vacated until a more sophisticated measuring device could be brought from the Fire Department.

In a few minutes, the entire congregation was standing in an open field behind the church building. I noted that there was a small porch on the back of the church that would make an ideal platform from which to preach. I was excited for it seemed that God had set things up for my message that they were to take their revival outside the four walls of their church building.

I approached the pastor and said to him, “I will be very happy to preach to the people from the porch.” He replied, “Let me talk to the elders.” In a few minutes he returned and said, “We have decided to send the people home.”

I was both disappointed and amazed that they were not willing to worship and hear the preaching of God’s word outside the four walls of their church building. I sensed the Holy Spirit speak in my heart, “This was a test and they failed the test.”

Have We Passed the Test?

I wonder how many churches failed the test during the pandemic when many were completely closed and others allowed to function only at limited capacity. Some passed the test but many were completely lost for they found it difficult to think of church and worship outside the four walls of their church building and their structured programs.

America’s founding generation passed the test, for America was birthed out of a Great Awakening that took place largely outside the four walls of church buildings. Benjamin Franklin testified to this in describing the ministry of George Whitefield, the young British evangelist who first arrived in America in 1738. Franklin wrote,

He was at first permitted to preach in some of our churches, but the clergy, taking a dislike to him, soon refused him their pulpits, and he was obliged to preach in the fields. The multitudes of all sects and denominations that attended his sermons were enormous and it was wonderful to see the change soon made in the manners of our inhabitants. From being thoughtless or indifferent about religion, it seemed as if all the world were growing religious so that one could not walk through the town in an evening without hearing psalms sung in different families of every street (Hyatt, 1726: The Year that Defined America, 79).

Whitefield had begun preaching outside the church buildings back in England. He was ordained by the Church of England but when rectors began refusing him their pulpits he went to the streets and open fields and proclaimed the Gospel. His friend, John Wesley, followed suit and the great Methodist revival in England also occurred largely outside the established churches.

When the mayor of a certain English city accused Whitefield of preaching on “unconsecrated ground,” he replied in the words of Jesus to the Samaritan woman, saying,

Honored sir, give me leave to inform you, that God is not now confined to places, but seeketh such to worship Him, who worship in spirit and in truth. Where two or three are gathered together in Christ’s Name, there will Christ be in the midst of them. The Church is defined to be, not the church walls, but a congregation of Christian people. Such is mine (Hyatt, Pilgrims and Patriots, 99).

I thank God for all the wonderful buildings He has allowed us to have in which to worship. We must not, however, confine our faith and our revivals to our church buildings, or to our well oiled and organized programs.  In the New Testament, there are no holy buildings, rituals, or objects; only a holy people called by His Name.

Yes, the time Jesus said was coming is here. The New Testament tells us that we, His people, are the temple of God. We are His sanctuary (I Corinthians 3:16-17). Let us, therefore, take our faith and our revivals to the streets, the marketplace, the internet, and the Halls of Congress. It is time to worship the Father, as Jesus said, in spirit and truth.

Dr. Eddie Hyatt is the author of 1726: The Year that Defined America, which documents how America was birthed out of a Great Awakening that also unleashed the moral outrage and spiritual strength that brought about the end of slavery on this continent. His books are available from Amazon and his website at www.eddiehyatt.com. To hear this message that was shared at "Church Where You Are," click this link. https://www.youtube.com/watch?v=WtYTfok7QLE
Posted by Eddie Hyatt at 12:28 PM