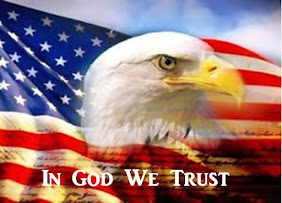 One of Joe Biden’s first presidential acts was to cancel the “1776 Commission.” This Commission was formed to promote the teaching of America’s history in American schools from a positive perspective, highlighting her achievements and noble ideals, while acknowledging her sins and mistakes.

In its place, the Biden administration is implementing the secularist “1619 Project,” which claims that America was forever defined by slavery and is, therefore, fatally flawed, racist, and corrupt at her core. This is the thinking behind the attacks on America's founders - toppling their monuments and removing their names from public buildings.

This rewriting of history is, of course, an important part of the strategy to transform America into a Marxist/socialist state, for as Alexander Solzhentisyn said, “To destroy a people you must first sever their roots.”
My book, 1726: The Year that Defined America, undermines the "1726 Project" narrative by documenting how a Christian awakening, beginning in 1726, unleashed the moral and spiritual forces that eventually brought about the end of slavery on this continent, and defined America as a land of faith and freedom. As Paul said in Romans 5:20b, But where sin abounded, grace abounded much more.
If you do not have a copy of 1726: The Year that Defined America, I hope you will obtain a copy for yourself and a copy for your pastor, mayor, school principal, and congressional representative. This is a critical moment for our Republic, for as historian, Carl Sandburg, said, "When a nation goes down or a society perishes, one condition may always be found; they forgot where they came from; they lost sight of what had brought them along."
Also, check out the "1726 Project" and prayerfully consider bringing it to your church or community. It is an inspiring reminder of where we have come from as a nation and what brought us along to this point in history.
Dr. Eddie Hyatt is an author and ordained minister with a passion to see another Great Awakening that will transform the church, bring many to Christ, and impact American culture as past Awakenings have done. Check out his vision and the numerous books he has authored at his website, www.eddiehyatt.com.
Posted by Eddie Hyatt at 7:46 AM