WHAT MUST HAPPEN FOR THE AMERICAN EAGLE TO SOAR ONCE AGAIN 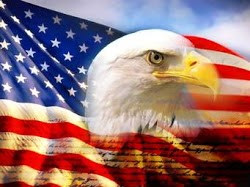 In the European Enlightenment (1685-1815), Christian faith was rejected and in its place “reason” was exalted as the vehicle for discovering truth. However, because Christianity is a reasonable faith, based on verifiable historical events, the practical worldview of the person of the Enlightenment was often quite compatible with that of the person of faith. This was especially true on the American continent.

Colonial America was influenced by the Enlightenment, but because of the Great Awakening (1726-70) and its emphasis on faith in Christ, faith and reason existed comfortably side by side in America. This is why Benjamin Franklin, a self-proclaimed Deist, could have such a close friendship with the fiery young Methodist revivalist, George Whitefield.

Because he saw no real dichotomy between faith and reason, Franklin entered a business partnership with Whitefield in which he printed and distributed thousands of Whitefield’s sermons and journals. In doing so, he helped spread the Great Awakening throughout the Colonies. Franklin also contributed financially to Whitefield’s ministry and the two carried on a lively correspondence for over thirty years.

So close was the relationship between this older Deist and fiery, young evangelist, that in 1756 Franklin wrote a letter to Whitefield proposing that they partner together in establishing a new colony in the wilderness area of present-day Ohio. He wrote,

I imagine we could do it effectually and without putting the nation at too much expense. What a glorious thing it would be, to settle in that fine country a large strong body of religious and industrious people (Hyatt, 1726: The Year that Defined America, 136)!

Franklin’s worldview, based on reason, was obviously very close to that of Whitefield, which was based on faith in Christ and Scripture. Indeed, one Enlightenment philosopher, John Locke, who was widely read by America’s founders, saw no dichotomy between faith and reason and wrote a book entitled The Reasonableness of Christianity.

Thomas Jefferson, another founder impacted by the Enlightenment, also saw no dichotomy between faith and reason. For example, he considered it a reasonable and wise act to take money from the federal treasury to pay for a Christian missionary to the Kaskaskia Indians of Southern Illinois, and to build them a chapel in which to worship. Reason informed him that it would improve their lives and make them a happier people.

Reason also led him to a high regard for Jesus Christ, which is why he closed presidential documents with the phrase “In the year of our Lord Christ.” Reason also led him to declare, “Of all the systems of morality that have come under my observations, none appear to me so pure as that of Jesus” (Hyatt, 1726: The Year that Defined America, 150).

The merger of reason and Biblical faith is seen in America’s founding documents. In the Declaration of Independence, Jefferson wrote, “We hold these truth to be self-evident, that all men are created equal and that they are endowed by their Creator with certain inalienable rights . . ..”

By using the phrase “self-evident” Jefferson is acknowledging that some truths are obvious from nature, reason, and common sense. He brings faith into the equation when he says that all men are “created” equal and are endowed by their “Creator” with certain unalienable rights.

The merger of faith and reason at America’s founding led the noted philosopher and historian, Michael Novak, to say,

The Present Danger We Face

Here is the danger we face today. Whereas there was a rejection of Christian faith in the Enlightenment, society could still function tolerably well because of the emphasis on reason. After all, God is a reasonable Being who created a reasonable world wherein truth can be discovered by using the reasoning faculties He has given us.

This generation, however, has gone a step beyond the Enlightenment and rejected, not only God, but also reason. There are no common sense, "self-evident" truths for this generation. Objective truth and reality do not exist and therefore cannot be discovered. They are to be created according to "my" whims and desires.

With neither faith or reason to guide them, this new generation cannot define a woman, they believe men can have babies, women can be fathers, and that small children should be given the opportunity to choose their gender.

Without faith or reason to guide them, what matters to this woke generation is how “I” feel at any given moment. If I am a man and decide to identify as a woman, the whole world should accommodate “my” decision, no matter how it affects anyone else.

Such an egocentric, narcissistic mindset can only lead to societal upheaval and anarchy. Without the two wings of faith and reason, the American eagle is in a freefall. We are not, however, without hope!

Restoring the Two Wings to the American Eagle

Like no other time, we must see those two wings of faith and reason restored to the American eagle. Each of us can play a part by boldly standing for God, reason, and common sense. I also invite you to join me and thousands of others in praying for another Great Awakening to roll across this land like a giant tsunami wave.

Dr. Eddie Hyatt is a Bible teacher and historian with a passion to see America return to her founding principles of faith and freedom. This article is derived from his book, 1726: The Year that Defined America, available from Amazon and his website at http://eddiehyatt.com.