THE HISTORICAL KEY TO AMERICA'S REAWAKENING

From the Preface of Pilgrims and Patriots

Will the America of Washington, Jefferson and Lincoln survive? The answer to that question depends on whether a nucleus of her citizens will recover and reconnect with the nation’s history. A nation derives its sense of identity from its history. If you want to fundamentally change a nation, tamper with its history, for as George Orwell said in his classic, 1984, “Whoever controls the past, controls the future.” Or as Karl Marx is said to have put it, “People without a heritage are easily persuaded.”

This gives understanding to the statement by Barack Obama shortly after taking office, “America is not a Christian nation.” This was not a statement based on the facts of history, but was, instead, a statement based on an ideology and tied to his stated goal to “fundamentally change” America. He was tampering with our history.
American history, of course, had already been tampered with before Barak Obama. Historians tamper with history, not always by changing it, but by excluding what they find objectionable. There is, for example, a noticeable void and absence when one reads modern textbook accounts of America’s origins and compares that with the letters, journals and autobiographies of those same people and events. The common references to faith in God, the Bible and Jesus Christ in the original accounts are glaringly missing in the modern renditions.
Modern historians seem to be embarrassed by America’s overt Christian origins. They, therefore, tamper with her history by deleting or downplaying that aspect of her story. So what is being taught in public schools and universities today is a secularist revision of America’s history.
The purpose of this book is not to give a detailed account of America’s beginnings, but to highlight that aspect of her history that has been ignored or diminished. This is necessary, for as the Catholic scholar, Michael Novak, says, “In one key respect, the way the story of the United States has been told for the past one hundred years is wrong.”
What is “wrong,” according to Novak, is the elimination of faith from the story of America’s history. He points out that to read most historians today, one would think that America’s Founders were the embodiment of “secular philosophy,” when the truth is that “their faith is an ‘indispensable’ part of their story.”
A unique contribution of this book is documenting how the Christianity that gave birth to America was the Christianity of the “Radical Reformers.” “Radical Reformers” is a term coined by George H. Williams, the late Professor of Ecclesiastical History at Yale University, in referring to the Anabaptists, but would also include groups such as the Separatist Puritans, the English Baptists and the Quakers. In some regards, it can also be a designation for Puritans in general and the early Presbyterians.
It was these “Radical Reformers” who articulated doctrines of freedom of conscience, religious liberty and the freedom of the church from the state. They brought these “radical” ideals to America where they were further tried and forged in the furnace of practical experience in building a new life in the New World.
This is their story. This is America’s story. This is the story that must be recovered if we are to see America's Reawakening. 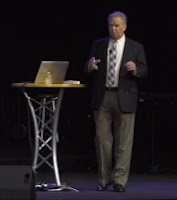 In 2010, Dr. Eddie Hyatt experienced a seven-hour visitation of God in which his hope for America was restored and he saw, for the first time, that there was a direct bearing of the Great Awakening on the founding of this nation. Several books, including Pilgrims and Patriots, have come out of that visitation as well as "America's Reawakening," a PowerPoint presentation documenting America's birth out of a Christian vision and spiritual awakening. His website is www.eddiehyatt.com.
Posted by Eddie Hyatt at 8:21 AM