HOW TO PREACH CHRIST IN A POLITICIZED AND DIVIDED NATION 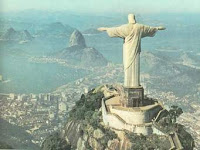 2020 is shaping up to be one of the most divisive times in American history. Only at the time of the Civil War, perhaps, has America been so politically and culturally divided. This poses a challenge for the church, especially when politicians tend to see us as just another voting bloc that can help forward their agenda. How can we preach Christ without becoming just another partisan sect in an already divided nation?
The answer to our dilemma comes from none other than Abraham Lincoln as he presided over a divided and warring nation. In his Second Inaugural Address, delivered in the midst of the Civil War, Lincoln acknowledged that both North and South, “Read the same Bible, and pray to the same God; and each invokes His aid against the other.”
Both North and South were pleading with God to take their side. However, such self-centered prayer that has no concern for understanding God's side, is meaningless. Lincoln understood this and when a minister from the North expressed to the President his hope that “the Lord is on our side.” Lincoln replied,
I am not at all concerned about that . . . but it is my constant anxiety and prayer that I and this nation should be on the Lord’s side.
Are We on the Lord's Side?
There is the answer for the church today! We are not here to proclaim a God who takes the side of this party or that one, but a God who calls all humanity to come over to His side. This is borne out in the Incarnation, when God came to this earth in the person of Jesus of Nazareth.
The world in which Jesus was born was a very divisive world. The Romans had conquered the land of Israel but within their governance there were numerous political and religious parties jockeying for influence and power. The Pharisees, Sadducees, Herodians, Zealots and others were all seeking public support for their political and religious agendas.

Interestingly, Jesus never identified, or sided, with any of those parties. Why? As God's appointed Messiah, He had not come to take sides. He had come to take over.
He had no desire for Herod’s throne or Caesar’s crown, for His kingdom was above and beyond the kingdoms of this world. He was God’s chosen Messiah-King, predicted by Old Testament prophets. For unto us a Child is born; unto us a Son is given, said the prophet Isaiah, and the government shall be upon His shoulder . . . of the increase of His government and peace there will be no end (Isaiah 9:6-7).
A Transcendent King and Kingdom
The kingdom Jesus preached transcended all earthly authority and rule. He made this clear when questioned by the Roman governor, Pontius Pilate, if He were the king of the Jews. Jesus acknowledged that He was a king, but then clarified the nature of His kingdom, saying,
My kingdom is not of this world. If My kingdom were of this world, My servants would fight, so that I should not be delivered to the Jews; but now My kingdom is not from here (John 18:36).
In other words, His kingdom would not come through the radical Jewish zealots, who wanted to overthrow the Romans, or the compromising Sadducees or the conniving Herodians. Neither will his kingdom come through a modern political system. His kingdom will not arrive on the back of either a donkey (Democrat platform) or an elephant (Republican platform).
Jesus preached the kingdom (reign) of God and called all people to an unreserved and total commitment to Himself. He died on the cross for the sins of the world, arose from the dead and is now seated at the right hand of God with all authority in heaven and in earth (Matthew 28:19).
He is Lord! He is king! We—the Church—are here to make Him known and to call all people everywhere to yield their hearts and lives to Him. It is not a question of whose side He is on, but a question of, “Are you on His side?”
This is what Jesus meant by the preaching of the gospel of the kingdom (Matthew 24:14). This is what Paul meant when he recalled preaching the kingdom of God among the people of Ephesus (Acts 20:25). It is the proclamation of Jesus as God’s Messiah-King who alone has the Divine right and wisdom to govern our lives.
As followers of Christ, we should be defined, not by our involvement in the latest political controversy or cultural fad, but by our commitment to Jesus Christ and His eternal kingdom values. This is the attitude that pervaded America’s founding generation and was expressed by Thomas Jefferson who closed all presidential documents with the phrase, “In the Year of Our Lord Christ,” and who said, “I am a real Christian, that is to say, a disciple of the doctrines of Jesus” (Hyatt, 1726: The Year that Defined America, 149).
America Was Built on Kingdom Values
The “doctrines of Jesus” mentioned above by Jefferson, are the values of the kingdom of God. A society derives its values from religion, including the religion of secularism. Nations such as Saudi Arabia and Iran derive their values from Islam. America was founded and built on Judeo-Christian values. These values of love for God and one’s neighbor, honesty, moral integrity, hard work, and compassion toward those in need are the values that have made America great.
These are the values of Jesus found in the Sermon on the Mount and throughout the New Testament. Unless we can recover these values as a nation, we are headed for ruin. In his farewell address, George Washington warned the nation,
Of all the dispositions and habits which lead to political prosperity, religion [Christianity] and morality are indispensable supports. In vain would that man claim the tribute of patriotism, who should labor to subvert these great pillars of human happiness” (Hyatt, 1726: TheYear that Defined America, 165).
Yes, Jesus was esteemed and His teachings were highly valued by America’s founding generation. For example, Thomas Paine, in his popular book, Common Sense, gave justification for separation from Great Britain and expressed the general sentiments of the populace who had just experienced the Great Awakening. In answering the concern of some about not having a monarch to rule over them, he declared,
But where says some is the King of America? I’ll tell you friend, He reigns above, and doth not make havoc of mankind like the Royal Brute of Britain.
It was during this same time period, just before the Revolution, that the British-appointed governor of Connecticut wrote to his superiors in England, “If you ask an American who is his master, he will tell you he has none; nor any governor but Jesus Christ” (Hyatt, 1726: The Year that Defined America, 81).
In this Christ-honoring cultural milieu, it is easy to understand how Jefferson, who is considered one of the least religious of America’s founders, would say, “Of all the systems of morality that have come under my observations, none appear to me so pure as that of Jesus” (Hyatt, 1726: The Year that Defined America, 150).
Our 2020 Mandate
2020 is an election year and politicians will be vying for your support and mine. They will want us to be on their side. Our question to the politicians should be, “Whose side are you on?” “Are you on the Lord’s side?” “Will you seek to inculcate His kingdom values in all your policies?”
We should also be praying for another great spiritual awakening across this land. In this regard, we should pray, Thy kingdom come, Thy will be done, on earth as in heaven. Then, on November 3, go in the voting booth and vote for the candidate whose policies most closely reflect those values of our King and His kingdom.

Dr. Eddie L. Hyatt is an author, historian and ordained minister. This article was derived in part from his latest book, 1726: The Year that Defined America, available from Amazon and his website at www.eddiehyatt.com. He is the founder of the "1726 Project" with a goal of recovering America's Christian heritage and seeing another national, spiritual awakening across the land.