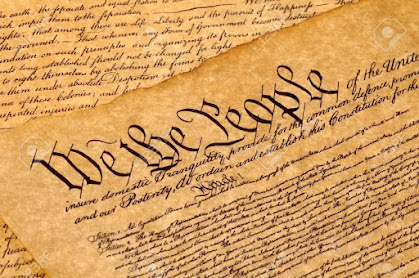 The American media has declared Joe Biden the president-elect on the basis of the popular vote. However, the U.S. Constitution gives clear guidelines for choosing the president of the United States and neither the media nor a popular vote are mentioned. It is the Electoral College that chooses the U.S. president.

How the Electoral College Works

Article II, Section 1 of the U.S. Constitution clearly states that each state legislature shall choose electors equal to the number of senators and representatives they have in Congress. Larger states, therefore, will have more electors and less populated states will have fewer electors. California, the most populous state, has 55 electors, Texas has 38, Pennsylvania has 20, Michigan has 16, Wisconsin has 10, and so on.

The Constitution says that the electors shall meet in their respective states and vote by ballot for president. Each state will then certify and sign the list of votes and transmit them to the President of the Senate, which is the Vice-President of the United States.

At an appointed time, the President of the Senate shall, “in the presence of the Senate and House of Representatives, open all the certificates, and the votes shall be counted.” The Constitution then says, “The person having the greatest number of votes shall be the president.”

Traditionally, the electors vote for the candidate who has received the majority of the popular vote in their state. However, they are not bound by the Constitution to do so. They have the legal right to vote for whomever they choose. The Constitution, in fact, says nothing about a popular vote for president.

The Electoral College Could Elect Trump

The Electors are scheduled to formally cast their votes for president on December 14, 2020, which is the only vote for president mentioned in the U.S. Constitution. Herein lies the possibility for Trump to win a second term apart from either the courts or popular vote.

The courts are not likely to overturn the popular vote. However, if the electors in swing states such as Pennsylvania, Michigan, and Wisconsin become convinced that serious voter fraud occurred in their state, they could cast their ballots for Trump even though Biden has been declared the winner of the popular vote.

This would give the presidency to Donald Trump. Although it would be challenged, it would easily pass Constitutional muster with the present originalist Supreme Court.

America’s founders put the Electoral College in place for the same reason they divided the powers of government into an executive, judicial, and two legislative branches. They did not trust human nature with power.

The founders held a Christian view of human nature as being flawed by sin. In this imperfect state, ultimate power must be kept out of the hands of any one person or group of persons. They would agree with Sir John Acton who said, “Power corrupts; absolute power corrupts absolutely.”

For this same reason, they did not trust power in the hands of a majority. This is the reason they established a Constitutional Republic rather than a pure democracy. In a fallen world, the majority can too easily deteriorate into mob rule. After all, it was the majority who chose to condemn Jesus and release the robber, Barabbas.

The Future is Ours

As emotions run high and legal challenges multiply, we pray “Thy Kingdom come, Thy will be done on earth as it is in heaven.”

We also must realize that unless the American church has an Awakening and moves from a me-centered culture of comfort and entertainment to a Christ-centered culture that is serious about evangelism and discipleship, it will not matter who is in the White House.

II Chronicles 7:14 puts the responsibility for a national healing at God's House, not the White House. It reads,

If My people, who are called by My name,

Will humble themselves and pray and seek My face,

And turn from their wicked ways,

Then will I hear from heaven and will forgive their sin and heal their land.

Dr. Eddie L. Hyatt is the author of 1726: The Year that Defined America, which documents how the Great Awakening had a direct bearing on the founding of this nation and on the ending of slavery on this continent. He is also the founder of the "1726 Project" whose purpose is to educate this nation about her spiritual roots and encourage Christians to pray for another Great Awakening. His books are available from Amazon and his website at www.eddiehyatt.com.